The company seems to be betting big on 4G phones ruling the roost not just in the developing world, but also in developed ones 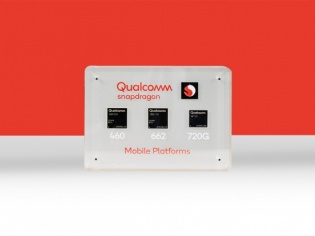 Barely a fortnight before the dawn of a new decade, Qualcomm ushered in a new generation AR-VR enabled processors that could potentially change the way smartphones behaved in the future. Today, the company showed their practical side by rolling out a trio of 4G-focused smartphone processors to indicate their vision that 5G isn’t coming any time soon.

Especially so in countries like India where 4G LTE networks could well be the rule for a few more years down the line. That they announced the new Snapdragon 720G, 662 and 460 chipsets that support WIFI6 and India’s NavIC satellite positioning system makes it obvious that Qualcomm believes the existing 4G network isn’t going anywhere any time soon.

“While we see a fast adoption of 5G across geographies globally, we do recognize the phenomenal boost that 4G has given towards enabling broadband connectivity for Indian consumers. 4G will continue to remain a focus area for Qualcomm Technologies for regions like India, where it will stay a key technology for connectivity," said Rajen Vagadia, vice president and president, Qualcomm India.

And just in case one thought that these new chipsets are meant for India and the developing markets in general, think again. For, Qualcomm insists that the new processors would make their way into the United States and other mature markets soon.

While launching the powerful 865 chip last December, Qualcomm revealed their new XR2 platform that will be available only for the latest chip. According to Qualcomm, dedicated AI engine in the XR2 can handle processes like object and voice recognition, 3D reconstruction, depth detection and that too up to 11 times faster than the earlier XR1 chipset.

So, what do the latest trio of processors bring to the table? The octa-core Snapdragon 720G is the most powerful of the three and would obviously make it to the higher-end smartphones though it may not find favour with the Galaxy S20 series where 5G is obviously going to be the USP when the model releases next month.

It is quite obvious that the ‘G’ in the chipset refers to the focus on gaming so we can expect the 10-bit HDR and some of the anti-cheating measures that Qualcomm brought out with the premium Snapdragon 855 In the latest release. This proves the point that even 4G LTE phones can handle gaming as a service for now.

The chipset also boasts of the Hexagon 692 DSP for on-device AI operations in addition to support for 4K video recording and high-speed displays running at resolutions of around 2520x1080, which means pixilation on games may not be a cause for concern. And there is also the X15 LTE modem that provides for download speeds in excess of 800Mbps.

Coming to the Snapdragon 662, this one feels like a dumbed down version of the 720G with which it shares the octa-core but fails on the top speeds front in comparison to the 2.3GHz of the latter. Its speeds could be in the range of 370-390Mbps, which is considerably below what the top-end processor of this launch garners. The 662 works with FHD+ displays at 60Hz with the capability of quick charge 3.0.

Qualcomm hasn’t done much with the 4xx series in the recent past though the Snapdragon 460 announced yesterday features cores with a 70 percent boost in performance with the Adreno 610 GPU coming on board for the first time. The company is also rolling out the Cortex A73 cores that go up to 1.8GHz with the Spectra 340 ISP being capable of powering camera modules of up to 25 megapixels. So, device makers can easily add three cameras with this.

Overall, the slew of launches prove that Qualcomm is very much aware of the paradigm shift that smartphones of this decade would be undergoing in terms of processing capacity and robust software synchronization. The first of these phones should become available in the first quarter of the year.

Who needs 5G when 4G LTE can do the work and much more at costs that would be considerably less than what the processors fitted with the Snapdragon 865 and 765 chipsets!