2010-2019 Ten Technologies that Defined the Decade 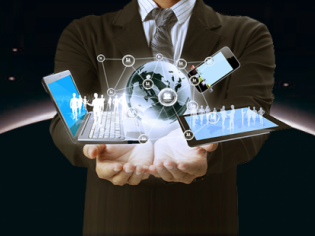 Remember the time we were playing around with touch screens and 3G and cribbing about how the quality of internet over mobile phones was akin to a still-born? Well, the world has definitely shifted a few notches ahead between 2010 and 2019 where the smartphone and mobile telephony have made fixed-line telephones and text messaging over cell towers redundant and is in the process of doing so with the television screens, satellite dishes and possibly gaming consoles.

Just as smartphones were in their infancy at the start of the decade, so were artificial intelligence and cloud as a residence for all data ever created by humans. Devices were connected but just about so and social media was just appearing on the scene as an alternative to actual socializing! And, the worldwide web was becoming a virtual world that got users to willingly share their privacy.

As we prepare for a new year at the start of a new decade, we decided press the rewind search switch to take a quick journey into the past and the sort of technology innovations that made our lives easier in many cases and tough in a few. There were also instances where innovations brought in its wake headaches as data became more precious than oil and this cliché, the mother of all clichés this decade.

By no means is this a comprehensive list so, please feel free to add your thoughts in the comments section below the article.