Did Jack Dorsey just take a stand that could potentially show up his counterpart at Facebook who is doing the fox-trot on the same issue? 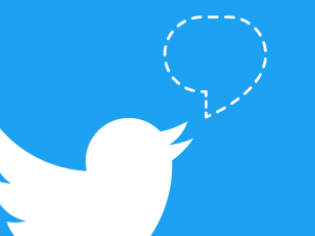 Twitter CEO Jack Dorsey has once again fueled the debate around political advertisements on social media by suggesting that his company would be removing all such ads from the platform, barring a few exceptions such as a call to inspire voters to register.

“We believe political message should be earned, not bought,” Dorsey tweeted from his handle to a largely positive response in the United States as the country gears up for a Presidential race next year in the backdrop of a raging debate around how social media should treat political campaigns. Of course, some users were quick to point out that even fossil fuel ads were equivalent to sharing a political message in the US, given that energy companies raise the maximum campaign funds.

However, Dorsey hasn’t really explained what sort of advertisements would be removed from Twitter – those that openly endorse candidates or even those that advocate a political position of one or the other candidate. He does go on to mention that the final policy document would be shared within the next 15 days and would be enforced seven days thereafter.

The question now is how would other social media platforms act after taking this cue? Facebook, in particular, has faced considerable flak around its refusal to fact-check political advertising. Though the company came out with some steps on misinformation, it continues to face criticism from even its own employees who wrote an Open Letter (published by New York Times) objecting to the company’s stated position.

Dorsey admitted that the world of internet political ads presented an entirely new set of challenges to civic discourse – “machine learning-based optimization of messaging and micro-targeting, unchecked misleading information, and deep fakes. All at the increasing velocity, sophistication, and overwhelming scale,” he wrote in a series of tweets.

He went on to suggest that instead of accepting ads while attempting to remove misinformation, the company needs to focus on the root problems without the additional burden and complexity that such advertisements brings in the form of revenue. In other words, go for the root cause of the disease instead of focusing on the symptoms!

In fact, Dorsey goes one step further to suggest that these challenges affect all internet communication, not just political ads and trying to fix both means fixing neither well which in turn harms credibility further. “For instance, it is not credible for us to say: We are working hard to stop people from gaming our systems to spread misleading info, but if someone pays us to target and force people to see their political ad… well… they can say whatever they want!” Was this a direct attack on Facebook? We will never know. But the fact remains that in recent times, this issue came to fore when Facebook took steps to fight misinformation while promoting a campaign from Donald Trump around a conspiracy theory involving Joe Biden. This ran not only on Facebook but also on Twitter and YouTube though some TV networks such as CNN refused to carry them.

However, Dorsey also acknowledge that Twitter was just a small part of a much larger political advertising ecosystem where many social movements reach massive scale without actually propagating a single political view or a leader.

There has been a growing movement in the United States against political ads with Josh Constine of Techcrunch.com criticizing such publicity on the grounds that permitting falsehood in political advertising would work if we had a model democracy, but we don’t. “Not only are candidates dishonest, but voters aren’t educated, and the media isn’t objective,” he said in his post some time ago.

Maybe, this is just about the right time for India to wake up to the challenges that Facebook and other social media platforms have thrown up over the past decade – right from lampooning opposition parties to spreading false propaganda and sharing misinformation about religious communities.

Or we could wait till the next General Elections scheduled in 2023!