HTC One S Available For Pre-Order In India With A Price Tag Of Rs 33,000 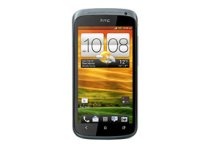 In February, HTC unveiled its One series of smartphones at the MWC 2012. For now, the lineup includes the One X, One V, and One S. The Taiwanese company launched the One X and V in India, but the One S was nowhere in sight. Although there's no official confirmation from the manufacturer, TheMobileStore.com has put up the One S on pre-order with a price tag of Rs 33,000.

The website claims that the phone will be available on 8th June, so we can expect HTC to officially launch the device around the same time. In case you didn't know, the handset is powered by a 1.5 GHz dual-core CPU, coupled with 1 GB of RAM. Its 4.3" Super AMOLED screen has pixel dimensions of 540x960. Other featires include, an 8 MP camera, 16 GB Internal memory, Beats audio integration, NFC, Wi-Fi, micro-USB port, HDMI, and a 1650 mAh battery.