Soars past Modern Warfare 3 as well to claim the numero uno spot. 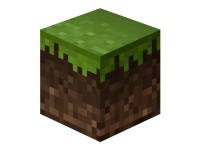 Activision's hugely popular Call of Duty (CoD) franchise is a mainstream video game with a mass-market reach and appeal. Needless to say, it had maintained its hegemony on the Xbox LIVE! charts for a long time. Until now, that is, because the humble independent game Minecraft has displaced the CoD games Black Ops and Modern Warfare 3 to claim the top spot. The former is now placed third while the latter is the second most-played game on Xbox LIVE!.

This list is determined by the number of unique users on Microsoft's multiplayer service playing a particular game. Minecraft has been made at a development cost so miniscule that it's insignificant compared to that of the CoD franchise. That didn't stop the game from getting millions of gamers hooked onto its addictive sandbox gameplay.

Independent jewels such as this stand testimony to the fact that good gameplay and design can overcome the might of large publishers and their formulaic, assembly-line franchises.