Clock is ticking... and if you are planning to buy one, we suggest you to hold on for a while, until the new variant comes up! 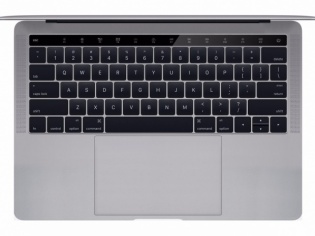 Remember we had earlier written five reasons why you should actually postpone buying a Macbook? Well, it seems like the clock is ticking... and if you still haven't purchased one, you can... pretty soon!

Yes! the new rumoured Macbook Pro with retina display, Touch ID sensor and OLED mini screen is coming soon, according to a recent report by TechCrunch.

While these rumours are not new now, Mark Gurman confirms them in his recent post on Bloomberg. According to him, the Cupertino tech giant is planning to unveil the new laptop in two sizes -- 13 inch and 15 inch.

Also, Mark has reported that this is supposed to be a very significant overhaul of the Macbook Pro laptop line in over four years.

As far as the updates are concerned, the new Macbook Pro will be sporting a thinner look with a touch screen strip for function keys, much like how it looked in the rumour story we had published earlier. Having said the new Macbook Pro would be slim, it is a fact that it won't be looking more like a MacBook Air.

It is also being said that the new Macbook Pro will be featuring more efficient graphics processors (may be Intel Skylake) for media professionals and hard-rock gamers.

Coming back to Mark Gurman's story on Bloomberg, he has claimed that the new laptop may be launched somewhere in October, and not during the iPhone launch that is expected to happen on Sept 7. However, as mentioned earlier, the clock is ticking... wait a little more... and you can get your hands on a new super-efficient Macbook Pro!