The Chinese company unveiled the device in Russia, and the price is yet to be revealed. 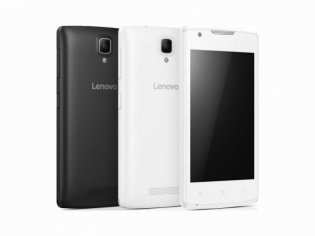 Rumoured to be the successor to A1000, which was launched last year, Lenovo has without any fanfare released its latest smartphone Vibe A in Russia. By the look of it, the smartphone belongs to the affordable/budget category, The company has not yet disclosed the price of the smartphone.

The launch was first reported by a Russian site Helpix .  Although the official company site hasn’t yet listed Vibe A, the report had mentioned the features and specifications of the phone.

The smartphone is said to be powered by 1.3GHz quad-core Spreadtrum SC7731G processor and sports a 4-inch WVGA (480x800 pixels) display. With 512MB of RAM and 4GB of inbuilt storage the smartphone supports expandable memory microSD card up to 32GB. The dual sim phone camera specifications include  a 5MP rear camera and 0.3 MP front camera. It is backed by. The Android 5.1 Lollipop-based Vibe A runs Vibe UI and supports dual-SIM. The smartphone comes with a 1700mAh removable battery and runs on Android 5.1 Lollipop.

Lenovo had launched its wooden edition of Vibe K4 Note earlier this week exclusively on Amazon.  Despite its struggle to compete with fellow smartphone makers such as Oppo and Huawei, Lenovo is set to launch K5 Note on the 20th of this month. K5 Note is said to be a budget smartphone priced under INR 12,000