Home » News » Qualcomm Snapdragon 821: An Improvement Over Its Predecessor

Qualcomm Snapdragon 821: An Improvement Over Its Predecessor

Snapdragon 821 is more power-efficient, meaning batteries in smartphones and phablets will last longer 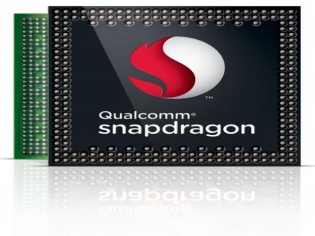 Qualcomm announced an incremental upgrade of Snapdragon 820 to Snapdragon 821 chipset. The Snapdragon 821 is about 10 per cent faster than its predecessor. It is also more power-efficient, meaning batteries in smartphones and phablets will last longer. Apart from smartphone, it is also aimed at tablets, drones, robots and virtual reality headsets. Smartphone buyers can check whether their device has a Snapdragon 821 or 820.
Read Also: Android To Power Cars Using Snapdragon Automotive Processors
Ever since Intel exited the race, Qualcomm has acquired a top position in mobile chip companies. The company routinely releases incremental upgrades to its top-line chips to maintain its sustainability in the market. It released the Snapdragon 801 chip in 2014, with performance and graphics improvements, as an upgrade to the Snapdragon 800, as reported by Computer world.
The Snapdragon 821 will boast minor graphics improvements, so smartphones with the new chip will be better equipped to handle Google's DayDream mobile VR platform, for example.
Read Also: Asus Zenfone 3 Deluxe To Land In India With Snapdragon 823 SoC
The chip can also process 4K video in smartphones to show on external displays while the CPU will operate at speeds of up to 2.4GHz. The chip is based on a homegrown architecture code-named Kryo. The Snapdragon 821 will have an integrated modem that can provide download speeds up to 600Mbps (bits per second), which is the same as its predecessor.
It is safe to assume that the new chip which will support LPDDR4 memory, and even Windows 10 Mobile, which works with Snapdragon 820.