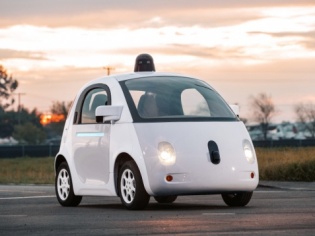 At a time when self-driving cars are facing rough weather after the crash of Tesla’s self-driving vehicle and the resultant fatality, Google is looking to create leadership in this technology space by teaching their cars how to recognize bikers and their hand signals.

Google claims that having a number of avid cyclists on their engineering team has allowed the company to provide its cars with the intelligence to recognize cyclists as unique users of the road making the vehicles drive conservatively around them.

At a time when the future of autopilots on cars is in question, there are several auto majors who are queuing up to create their own brand of self-driving cars. BMW and General Motors too are experimenting in their labs and are hopeful of having driverless cars in the none-too-distant future (Read the full story)

A statement from Google says that “Through observing cyclists on the road and private test track, we’ve taught our software to recognize some common riding behaviors, helping our car better predict a cyclist’s course.” Of course, there is no mention of how these cars will navigate around cycles driven on a main road!

The statement says that the cars can detect a cyclist’s hand signals as an indication of an intention to make a turn or shift over. “Cyclists often make hand signals far in advance of a turn, and our software is designed to remember previous signals from a rider so it can better anticipate a rider’s turn.”

Once again, this begs the question on how the car would deal with cyclists who do not give hand signals. Of course, the company has made tall claims about their car having a 360-degree vision that makes it more aware of cyclists on the road – even during nighttime.

Market analysts are still far from convinced about the future of such cars. A report published on Fortune.com (Read the full article here) highlights the fact that if Google hopes to launch the car in four years time, its software will have to learn all nuances such as appropriate honks or beeps.

In a research report, Business Insider has highlighted three factors that could make self-driven cars a tough business proposition. It includes (a) high prices of technological components (b) varying degrees of consumer trust in the technology and (c) relatively non-existent regulations. (Read the report).

Of course, most companies are researching in countries with a highly developed road behavior, which makes the entry of such cars into India into a distant dream. For bikers hardly give signals – hand or indicators!