Tie-up between BMW, Intel and Mobileye to deliver series production by 2021 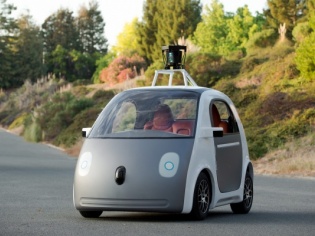 So what if Tesla reported the first autopilot mishap last week? So what if Google is still playing around with the prototypes of its self-driving cars? When BMW announces that it plans to join the bandwagon, auto enthusiasts across the globe will raise their eyebrows.

The German luxury car and bike giant announced yesterday that it proposed to join hands with Intel and Israeli tech major Mobileye to develop self-driving cars. What’s more, they have even set a tentative date for factory production of their fully automated vehicles.

The three companies said in a joint statement that the decision to join hands comes due to their conviction about automated driving technologies and how these could make travel safer and easier.

Of course, one feels that the timing of this announcement could have been better as it comes barely a few days after Tesla admitted to the death of a driver in a crash when the car was on autopilot. The crash, which occurred in Florida earlier in May, had raised doubts about the safety of self-driving cars. (Full Story)

The company, while describing the crash as amongst rarest of the rate instances said the angle of impact had resulted in a fatality, whereas even a head-on collision would have resulted only in minimum injuries due to the Tesla’s safety features. In a statement, the company had described the incident as ‘the first known fatality in over 130 million miles where autopilot was activated.’ The joint statement by BMW and its partners said the collaboration aimed to develop solutions that “would enable drivers to not only to take their hands off the steering wheel, but also reach a stage where they could also take their eyes of the road and ultimately their mind off driving.”

These technology upgrades would eventually lead to a driver-less car and establish the opportunity for self-driving fleets by 2021, the statement said adding that such a development would result in new business models within the connected, mobile world.

While insisting that the future of automated driving would change lives and societies for the better, the three partner companies described the path to full automation as complex, “requiring end-to-end solutions that integrates intelligence across the network – from door locks to data centers.”

While Intel is the world’s leading chip maker, Mobileye works on machine learning, data analysis, localization and mapping. The latter is already a vendor for BMW for the mapping devices.