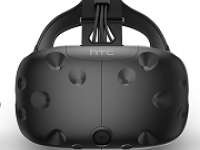 HTC Corporation, a pioneer in innovative, smart technologies, announced at the Mobile World Congress Shanghai ("MWC Shanghai") on June 29, 2016 the formation of the Virtual Reality Venture Capital Alliance ("VRVCA"), a consortium of 28 of the world's top venture capital firms who invest in the VR industry. The VRVCA members together represent well over $10 billion of investable capital aimed at supporting true innovation and accelerating growth in the VR industry globally.

"We are extremely excited to have brought together so many of the world's top investors to form this global VR consortium," said Mr. Alvin W. Graylin, China Regional President of VR at HTC. "This is the first time such renowned VCs are joining hands at this scale to drive the future of a new industry, rather than competing to find the best deals for themselves. The disruption potential of VR on the world is hard to ignore, and the VRVCA itself is a form of innovation in the financial industry to deal with its impact."

Mr. Xi Cao, Managing Director at Sequoia Capital said, "We have been very interested in the VR industry for a long time. It is a pleasure to join the VRVCA and we believe it will give us unique access to the VR ecosystem and help us find the best investment opportunities in this space." Sequoia Capital was amongst the early investors in Apple, Google, Alibaba, etc.

Mr. Zhuyan Li of Matrix Partners said, "Rather than focusing on VR hardware, we believe Chinese startups can find more opportunities in creative content, vertical applications and entertainment, which aligns perfectly with our investment focus. We look forward to working with the VRVCA and finding promising startups that will shape the future of the industry." Since its inception in 1977, Matrix Partners has made hundreds of investments and played an active role in the development of many successful businesses, 50+ of which went on to IPO.

As a pioneer and market leader in the VR industry, HTC has been proactively driving the development of a healthy VR ecosystem leading to long-term sustained growth of the industry as a whole. The HTC led Asia Pacific Virtual Reality Alliance ("APVRA") announced in late April comprising of the top players in the VR industry was formed for exactly such a purpose. The VRVCA now completes the chain by making sure the most innovative young companies in the industry have a chance to be seen and supported. The VRVCA and HTC will identify the most promising VR startups, bring in needed capital to realize the dreams of their founders, and more importantly help them with actual commercialization and fast track them on a path to profitability.

In addition to investing in fast growing startups through the VRVCA, HTC's Vive X Global VR Accelerator Program and associated $100 million fund launched in April will soon announce its first batch of cohorts in July. The response to the program has been overwhelming, having received nearly 1200 applications from 30 plus countries around the world, with approximately half from China. Applications received range from hardware to software, from content to technologies. Accepted applicants will receive four months of intensive training and support in the Beijing, Taipei or San Francisco locations and is expected to deliver usable product upon graduation in October. Applications to Vive X's second batch will be accepted starting November and the program will kick off in January 2017.

Vive X and VRVCA invested startups have access to the unique go-to-market platform - Vive Port, HTC's VR application store. Vive Port has been available to Chinese users for two months and has successfully launched approximately 100 VR titles. This summer, Vive Port will be ready to expand to additional countries and will also start to include the world's best mobile VR content.