Home » News » WhatsApp To Roll Out New Features For iOS

WhatsApp To Roll Out New Features For iOS | TechTree.com

WhatsApp To Roll Out New Features For iOS

A German website Macerkopf.de has reported that WhatsApp would soon roll out new features for iOS users. The report also mentions that the new update will allow users to share music. Users can either share a song to their contacts from the device or Apple Music. In order to enjoy the latest update, when rolled out to general public, the users must be paid subscribers of Apple Music. 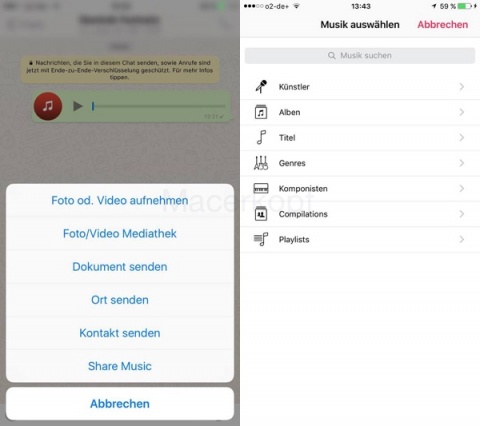 The website also reported that users will soon be able to send bigger and larger emojis and also send group invites. Users can also expect to send and receive GIFs with the latest update. However social networking giant who recently clocked  over 100 million voice calls hasn’t yet confirmed the rumours surrounding the latest updates.  WhatsApp is said to be keen on developing video calls in a bid to overtake popular video calling platform Skye.

WhatsApp has rolled out notable features such as end to end enycription and WhatsApp desktop app which were well revceived by users. The newn updates are indeed refreshing and users will eagerly look forward to the company's official announcement.