iPad Lovers, Upgrade Or Be Obsolete

The announcement made at the WWDC 2016 event indicates that millions of iPad devices will become obsolete once Apple releases its iOS 10 this fall. 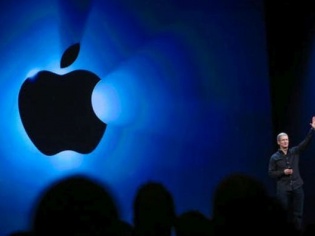 The latest update from Apple is that it is dropping support for three ‘aging’ iPad models: iPad 2, iPad 3, and the first-generation iPad mini. The announcement made by the iPad maker at the WWDC 2016 event indicates that millions of iPad devices will become obsolete once Apple releases its iOS 10 this fall.

This is not good news for the users of older iPad models. According to a report in ZDNet, this would mean that some 40 per cent of all iPads currently in use will become obsolete because they will no longer receive security updates and patches. The news site quoted data compiled back in March 2016 by mobile engagement platform Localytics.

However, this was not the case earlier. Every iPad that Apple had sold could run the latest iOS release. Of course an exception was the iPad 1, which first went on sale in April 2010 and was discontinued a year later, and over that time some 15 million units were sold.

Meanwhile Apple claims that the iOS 10, its "biggest iOS release ever," will come with an array of advanced features and also boasts of better 3D Touch integration with more number of apps. The OS also gives easy access to apps for payments, VoIP calling and Carplay, among others.

For Apple, upgrading these devices would be a great way of boosting sales. But only if owners of obsolete iPads decide to upgrade their devices, Apple can earn a big deal from these upgrades. On the flip side, if people decide not to upgrade the iPad and learn to live without it, Apple may see a massive decline in iPad market share. At a macro level, this is bound to hit the already waning tablet ecosystem.

The questions that now come to mind are, would people upgrade their near obsolete iPads? Or decide to live without them? Only time will tell.