The iPad Pro 9.7 is a so much more portable than its 12.9-inch older brother. But with accessories, it's expensive 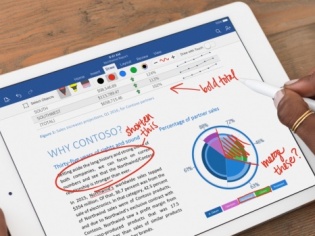 If you're out and about a lot, you might want to think of buying Apple's 9.7-inch iPad Pro. It's not exactly featherweight but you can push it into your bag or just carry it in your hand, smartly.

The nice thing about it is that one edge has a great connector that snaps into a keyboard which folds over to be a cover and case. The other nice thing is that it works with a stylus, the Apple Pencil, to absolute perfection .

The not-so-nice thing is the hefty price tag for this package. Even without the Pencil and Smart Keyboard, the iPad Pro 9.7 starts at Rs 49,990. Starts.

The price mounts if you want more storage space and cellular support. Add the Pencil and you're talking about Rs 8,600 more. And with the Smart Keyboard, you add Rs 13,900.

That is altogether a big chunk of spending and by the time you're done, you'll wonder why you don't just stick with a non-pro tablet -- or just spend the lot on a notebook.

No matter how much Apple thinks the iPad Pro can replace a notebook, not everyone manages without full-fledged heavyweight software, mouse or trackpad support and the amount of onboard storage and RAM a laptop will give. The iPad Pro 9.7 only has 2GB RAM and though you won't know it until you really really push it, that's the truth of it.

The stylus and keyboard are really part of what make this iPad a 'Pro,' so let's look at what these are good for. The Pencil is a marvel. It works without any lag whatsoever. It's fantastic for artists and architects and anyone who needs to put pencil to paper often.

Apple says that every industry finds its own use for that accessory. If you're not going to use the Pencil a big percentage of the time, think twice about buying it--in fact, about even buying this iPad. If you plan to write with it and convert to text, know that there aren't very many apps that do this well and in any case, it's a slow process, with gaps in between as you wait for half a sentence at a time to convert.

The keyboard makes sense with this iPad -- else one would just opt for an iPad Air 2 or whatever else. The keyboard looks flimsy but actually works pretty well. On the smaller iPad Pro 9.7, it takes a bit of getting used to if you're coming to it from a full sized keyboard. For that reason, it's good for light bits of typing. The Pencil charge from the iPad; the keyboard is directly powered via a connector from the iPad.

But here's what fans of the iPad Pro are delighted about on this smaller version. The display is rather special. It has a True Tone feature which picks up on the light in the room and adjusts itself accordingly. This is in turn easier on your eyes--and allegedly on the battery too. To go with the great screen, there are four loud speakers, for stereo in any orientation. Watching movies on this device is fun.

Another interesting bonus of sorts is that the main camera is the 12MP iSight camera used in Apple's current flagship iPhone 6s. True, everyone doesn't think it's cool to go about shooting photos with such a 9 inch tablet, but it also gives a big viewfinder that many really like. And you can use it to scan documents. Why this was left out of the larger iPad Pro...is a mystery.

The iPad Pro 9.7 is obviously the more easy one to carry around and is a great thing for someone who travels and doesn't want to take too much by way of gadgetry. The ipad Pro 12.9", in comparison, felt too big to really carry around, though those whose professions called for screen space didn't mind it a bit.

But ultimately, this smaller iPad Pro loses points for being so expensive that even outside of India, in the land of its origin, both the iPad Pros are being decried for costing way too much. The iPad Pro 9.7 lets you scan a document, or (top pic) do a serious job of editing and marking up reports with the Pencil

And if you don't want to use the Pencil or keyboard, or if you will also use a laptop anyway, then you're really better off with the cheaper Air 2.