Though the device is a shameless copy, it should be bad news for others. 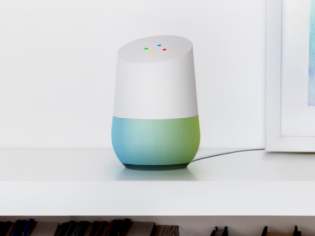 In an earlier article, we referred to Google’s penchant waiting patiently for a rival’s innovation to gain ground before adding a ‘wow factor’ of its own to it and stealing the thunder. A look at the company’s smart assistant ‘Google Home’ suggests that history has repeated… and this time the victim is Amazon’s Echo.

Most geeks and technology observers expected Google to follow once Amazon surprised everyone with the announcement of Echo in November 2014. Last night at the Google I/O, it was announced that Google Home will debut later this year at an unspecified price. In case you’re interested to get notified for updates, you could sign up here.

The product is being piloted by none other than Mario Queiroz, the man who has launched the Chromecast, to some the only successful living room product from the Google stable. So, what exactly is Google Home?

In the words of Mario, it is a small speaker that one plugs into the wall with the always-listening mode switched on. It will not only answer all your queries, it will also play your music, control some of the home automation gadgets and “would definitely be better at most of those things than the Echo."

And, how does it look?

In physical appearance, the Google Home is a small little cylinder with an angular top, out of which the speaker peeks out a bit. The appearance has been differently described as ‘cute’ to ‘monstrous’ based on individual taste. It has a customizable modular case where one could add different base shells to match the room décor. There are also some LED lights to provide a strobe effect when the device is switched on. The device is not portable but can always remain plugged in and Google can create a better speaker for it. Mario holds the view that the device ‘really fills the room” with a “strong bass and clean highs”, suggesting that Google wants to improve upon something that Echo doesn’t do well – play music.

So, where do we think that Google Home can give the Amazon Echo a run for some of Jeff Bezos’ money? Here is a brief list, based on information that came out from the Google I/O...