Karbonn To Sell Smartphones With Discounts Of Up To 50% During Diwali | TechTree.com

Also, the company has launched a few smartphones and feature phones which are pocket friendly to give more options for the customers. 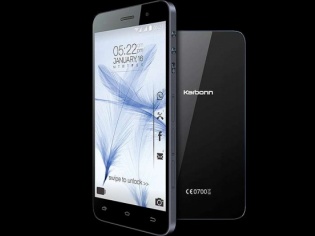 Homegrown smartphone maker Karbonn has announced on Monday that the company's handsets will be available with discounts up to 50 per cent during the Diwali festive season.

According to Business Standard, the list of smartphones being sold with huge discounts include Titanium Mach Five, Titanium Mach Two and Titanium S201.

It is also worth noting that the discount offer will be available across various e-commerce portals.

Along with this, to give more options and values to the customer, the company has recently launched a number of budget feature phones and smartphones like Alfa A93 Pop, Alfa A91 and Alfa 112 which are all priced under Rs 3,000.

Also, the company has launched a dual core smartphone dubbed as the Titanium S205 Plus which comes with an 8 MP camera and at a price tag of Rs 6,790.

With the launch of these pocket friendly mobile phones, the company has once again set to expand its range of budget phones and there by, Karbonn is trying to capture more customers during the festive season.