Home » Mobiles » Huawei’s Nexus 6P Starts Shipping In India From The First Week Of No...

Will be sending out the smartphone in batches to keep up with overwhelming demand. 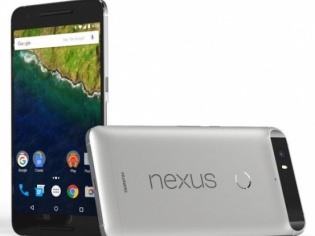 It somehow appears that many Android fans were indeed saving up and waiting for the Nexus 6P to arrive as the smartphone has already gone out of stock on Flipkart. And now that all of those pre-orders have been placed, Huawei has finally given out details about it’s flagship smartphone’s availability.

The successor to the Motorola-made Nexus 6, the Huawei-made Nexus 6P will arrive in the first week of November (Flipkart says its the 2nd of November), just in time for the festive season.

Confirming the news, Mr. P. Sanjeev, Vice President Sales, Huawei & Honor India – Consumer Business Group, said, “We are enthralled by the response to the Nexus 6P and thankful to all the Nexus fans who pre-booked the smartphone. Our supply chain is working on priority to fulfil the demand and the smartphones will be shipped out in batches. The first batch of the smartphone will be available in India starting first week of November. We are working closely with Flipkart and our retail partners on the availability of the smartphones to the Nexus 6P fans.”

So it is pretty clear, that Huawei is having a bit of trouble keeping up with the Nexus 6P’s unanticipated response especially now that it is receiving positive reviews worldwide. Indeed, the Nexus 6P is Google’s first all-metal premium offering from the Nexus range. And the price tags seems to be doing justice as well, with the 32 GB version selling for Rs 39,999, while the 64 GB version up for pre-order at Rs 42,999.

This is of course keeping in mind that it is Google’s most powerful smartphone yet with a Qualcomm Snapdragon 810 (v2.1) inside. And while there will be cheaper options in the market, this one comes with Google's stamp of approval and quick software updates.