Though the update is not available OTA, you may have to download it from the company's official website. 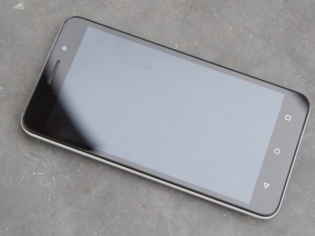 Just the way Huawei had announced earlier, the Android 5.1 Lollipop update for Honor 4X has been rolled out by the company in India.

While the feature is not available via OTA, it is worth noting that the update has to be downloaded manually via the company's official website.

Having said this, it is worth noting that you can download the update here and you may have to follow the instructions on how to install the Lollipop update.

However, recently, we have been coming across a number of users complaining about the unavailability of the Lollipop update file on the company's website and Honor India has replied over a tweet that  they are working towards resolving the issues.

While the update for Honor 4x is not the basic Lollipop OS as we all know that the device comes with the Huawei's skin Emotion UI 3.1 on top of it and brings a lot of new features and improved user experience.

In case if you are not a Honor 4X user, here are 5 great features you may want consider to purchase it under Rs 10,000.

Speaking about the features, with this update, the Honor 4x users will be able to see notifications directly on the home screen along with a whole new search bas in the Settings functions.

Also, this update brings along time-lapse photography which means that a 40 second video is generated by means of intelligent dynamic frame extraction.

Along with this, the update brings badge app icons. Users can also hide apps on the home screen itself with just a simple gesture of slide upward with two fingers on the home page.

Having said this, Huawei has also confirmed recently that Honor 4X would be receiving the Android 6.0 Marshmallow update, though there is no official announcement about the exact dates. However, it is expected that the Marshmallow update would be first rolled out in China.