A 4G enabled smartphone alone is not enough. You will also need a 4G connection. 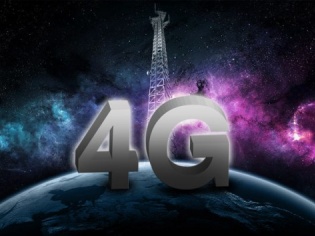 The Internet & Mobile Association of India (IAMAI) has recently announced in a report that the total Internet user base in India is 352 million as on June 30.

Interestingly, over 60% of the total user base seems to have come from mobile devices.

Airtel has already launched its 4G services in the country while Vodafone and Reliance Jio are on the front line to start their 4G services.

On the other hand, many smartphone companies have already started bringing in 4G enabled smartphones with an aim of developing the mobile Internet scenario in India.

Having said everything, one thing that comes in mind is whether we need a 4G capable smartphone?

Here we give you five reasons to buy a 4G enabled smartphone.

1. Work is now in your pocket

People are nowadays seen working more on smartphones and tablets instead of sitting with a huge PC at one place. Especially with screens of these smartphones are getting bigger, users can get the most of the smartphones. But, yes. It is true that while any smartphone can do this, a 4G capable smartphone can harness the Internet speeds that reach up to 1 GB per second. So, if you are the one who always work a lot (uploading and downloading a lot of information) on the move, a 4G capable smarthpone is your safest bet.

Almost anyone with a 2G or 3G cell phone is familiar with its poor voice quality in India. More often it would be seen people asking if the other party can hear them properly. However, 4G capable smartphone are promised to change this as they make use of higher network capacity and bandwidth of 4G networks.

[Also Read: Vodafone To Launch Its 4G LTE Service By The Year End]

Its pretty common nowadays that people tend to more often share photos and videos among their friends and families using WhatsApp, Facebook, Twitter, Email and other social media platforms rather than sharing them face to face. In this digital era, 4G capable smartphones would make more sense as they speed up the connectivity which in turn allows up share photos and videos faster. Thus users can get connected with their friends and family more faster.

[Also Read: Gear-Up For 4G LTE With These Smartphones]

4. Faster video without lag in the streaming

In 2G and 3G connections, we are familiar with a round circle indicated that our favorite video is being streamed online. While we may have got used to it by now, the 4G capable smartphone does bring a difference in the viewing experience. In turn, having online video conferences and watching YouTube videos will be more seamless with these 4G capable smartphones.

[Also Read: Everyone's Buying A 4G Smartphone To Use It On A 3G-Like Network]