You can now search by speaking up in Hindi, and use your phone camera to translate signboards 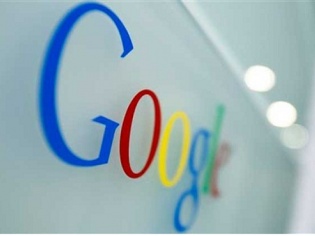 Local-language support is a key part of the search giant's India-centric approach, as it showed at the Google House event last week.

Google says Hindi content consumption on the web has taken off, growing 94% a year, against 19% for English content. There are 500 million speakers of Hindi, but just 1,00,000 Hindi Wikipedia articles.

Google's Voice Search is "inspired by neural networks in our brain". Implementing this in Android's Jelly Bean version reportedly brought voice recognition errors down by 25%.

This is applied in layers. First, Google tries to understand consonants and vowels, in the foundational layer. Next, it uses those to make intelligent guesses about the words.

The same approach is actually applied to image analysis where you try to first detect edges in an image, then check for edges close to each other to find a corner, and then move up from there.

Google has roped in many partners into its Indian Language Internet Alliance, including publishers such as NDTV, ABP News, Network18, Times Internet Jagran Prakashan and Amar Ujala, and tech firms such as C-DAC and others. The alliance aims to accelerate building Indic language content for web users in Indian languages, starting with Hindi.

The Hindi voice search adds on to a range of tools and tech, notably translation tools. The Google Translate app for Android now uses your phone camera to translate English signboards to Hindi, on the fly.

The free Google Translate app for Android now lets you translate from English to Hindi by holding your mobile camera on to a sign-board or a word (you need to download a free camera kit for Hindi, for this to work).

So a user who comes in from a rural area to urban English speaking areas can just hold their smartphone to read the Hindi translation of any signboard or food menu they come across. At the recent Google House event in Bangalore, Master Chef Kunal Kapur tried this out, alongside Google's Sandeep Menon.