You can now say 'OK Google' even while accessing third party apps like NPR One, TuneIn, Zillow, Flixster and TripAdvisor. 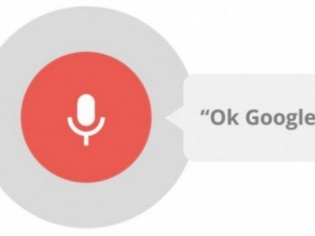 Google has finally extended its 'OK Google' voice command to other third party apps. This means that you can simply say 'OK Google' even while accessing apps developed by third-party developers.

This seems to be the first set of custom Google voice actions for some third party apps on Android.

However, it is also worth noting that the extended feature is now being tested with some limited partners including NPR One, TuneIn, Zillow, Flixster and TripAdvisor. But, it is soon expected to reach more platforms.

Also, the feature is expected to support multiple devices like phones, tablets and Android Wear based wearables.

Google, by extending this feature, is surely making life a little easier for its users. However, we feel, this might be a way to tackle Apple's Siri which has also been integrated into most of its products recently.

According to a Google Plus official account, a post states that the feature will now be enabling people to say things like "OK Google, listen to NPR" or "OK Google, show attractions near me on TripAdvisor."

To add in more on this, the voice service recognises around nine languages, including English, French, Italian, German, Spanish, Japanese, Korean, Portuguese, and Russian.