Ever since LG entered the smartphone market, it has been playing a catch-up game with its South Korean compatriot Samsung. From a last few years, it has been taking on the Galaxy flagship line-up with its G series of phones. Every iteration, LG's top phones get better by a notch. It is too early to say if LG has one-upped Samsung's Galaxy S6 Edge with its G4. However, it does seem to have a lot of potential.

Design
Compared to the G3, LG hasn't changed the core design. The front is all glass, and back is curved. The volume rocker and lock buttons are still at the back side. However, there are minor refinements such as toned-down curves at the top and bottom of the device. The unique factor kicks-in in terms of the material used for the back-panel. LG lets you choose from two leather and two metallic back-panels. I kid you not, the company has used genuine leather. The handset we received is tanned brown. The carefully detailed stitch is a nice touch. As opposed to the metal, the leather feels pleasantly warm in hand. Like most flagship Android phones, the G4 is too big for one-handed use. However, I guess after Apple's foray into unwieldy phones category, not many will complain about the size.

The 3.5 mm audio jack and micro USB port are at the bottom. The back-panel is replaceable. It provides access to the battery compartment, two SIM slots, and microSD card slot. 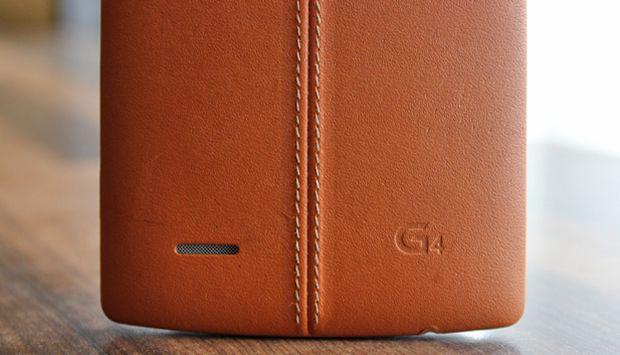 Display
When it comes to the LCD IPS panels, LG is best in the business. The Quad HD screen on the G4 is not only sharp, but offers great colour reproduction. In fact, it is the most vibrant LCD screen I have seen so far. The display is bright and the viewing angles are wide.

The screen has Gorilla Glass 3 protection. Due to the technological limitations though, the LCD screen still cannot come anywhere close to its OLED counterpart.

Specifications
The G4 is powered by a hexa-core Snapdragon 808 chip running at 1.8 GHz. Gaming is taken care of by the Adreno 418 GPU. There's 3 GB RAM, 32 GB internal storage,  and microSD card slot.

The phone comes with a 16 megapixel camera. To please the shutterbugs, Lg has implemented OIS (Optical Image Stabilisation), first introduced on mobiles by Nokia with is Lumia 920. Laser auto-focus is another feature worthy of a mention. For selfie aficionados, there's an 8 MP front-facing snapper.

On the connectivity front, you get Wi-Fi, Bluetooth 4.1, 4G, GPS, NFC, and infrared port. The phone draws power from a 3,000 mAh battery.

Software
The LG G4 ships with Android 5.1 (Lollipop) with Optimus 4.0 UI on top of it. Much like Samsung's customisation, LG's user interface is a colourful mess. The UI elements are in-your-face. If that wasn't bad enough, the transition animations have jelly like effects. If you have regard for elegance, stay away from the Optimus UI. 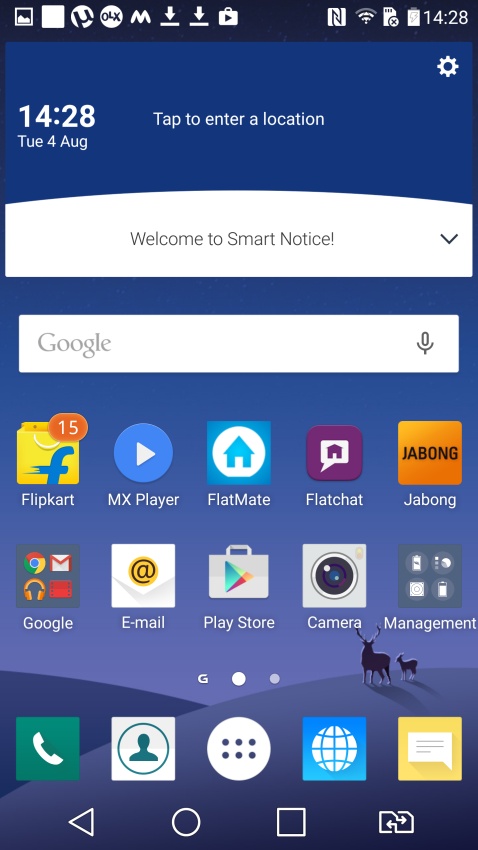 All is not lost though, as the OS runs smooth. I have been using it for over a day, and I haven't come across any stutter or lag. I will install truckload of games on it and report back how it holds up. So keep an eye out for the detailed review.