Does Samsung has an "edge" over the competition? 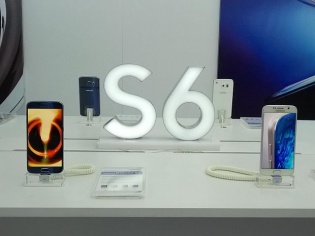 Samsung unveiled its latest flagship smartphones Galaxy S6 and S6 Edge at the MWC (Mobile World Congress) 2015. Within a month's time, the Korean manufacturer has brought its phones to India. The S6 and S6 Edge are up for pre-order and will be available from 10th of April. At the India launch event in Delhi, we tried to find out whether Samsung has an "edge" over the competition?

Design
Taking the user feedback positively, Samsung has come-up with metallic top-end phones. Both the handsets have aluminium frame that feels premium to hold. Similar to the iPhone 4S and Nexus 4, back is made of glass. This looks nice, but gets very smudgy in no time.

While Samsung has done a great job in choosing materials, the design has remained more or less the same for the regular S6. The S6 Edge looks somewhat fresh due to its dual-edge glass. Due to the curved glass, the S6 Edge feels thinner than it actually is. 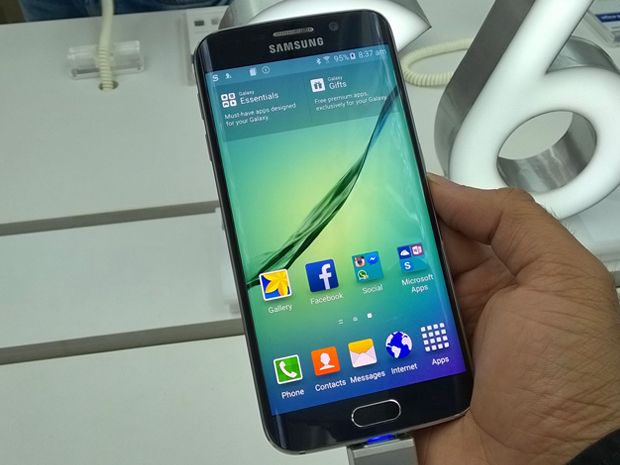 Battery is not user-replaceable. Water and dust protection is gone too. So if you have butterfingers, think twice before upgrading from the Galaxy S5. Screen
Retaining its predecessor's screen size, the Galaxy S6 and S6 Edge come with a 5.1-inch Super AMOLED panel. With pixel dimensions of 1440x2560, you now get pixel density of around 577 ppi. To put things in perspective, the iPhone 6 has pixel density of 325 ppi.

The S6 and S6 Edge have similar screens, save for the curved edges on the latter. No doubt that the S6 Edge's screen looks fancy. However, due to the curve, there's always some reflective area on the screen most of times. 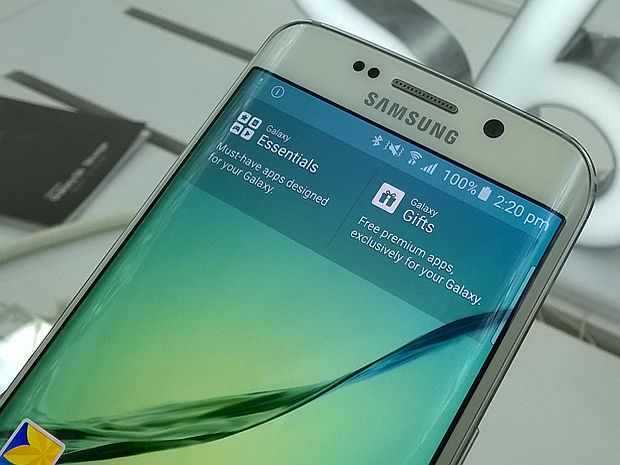 Specifications
The S6 and S6 Edge are powered by company's very own Exynos series of SoC (System on Chip). To be precise, it is the latest 64 bit octa-core Exynos 7420 chipset. The phone comes with 3 GB DDR4 RAM.

Following Apple's footsteps, Samsung will release the S6 and S6 Edge in 32 GB, 64 GB, and 128 GB storage variants. There's no microSD card slot here, so you will have to shell-out extra for more internal storage.

The Galaxy S series handsets always had a camera protrusion on the back, and the new phones are no different. The biggest news here is the addition of the OIS (Optical Image Stabilisation), first seen on the Lumia 920. The 16 megapixel camera is capable of shooting 4K video. The camera comes with plethora of features. For advance users, there's even Pro mode. It's business as usual on the connectivity front. You get 4G LTE, Wi-Fi, Bluetooth 4.1, NFC, A-GPS, and IR blaster. Like most flagship phones, these handsets require nano-SIM. The S6 and S6 Edge pack-in 2550 mAh and 2600 mAh battery respectively.

Software
The S6 and S6 Edge run Android 5 out-of-the-box. For better or worse, TouchWiz is going nowhere. The designs and colour schemes are a bit toned-down, but if compared to a modern platform such as Windows Phone, Samsung's TouchWiz still feels garish. At the same time, Samsung's Android customisation offers truck-load of features as far as the utility is concern. The S6's edge screens work differently when compared to that of the Note Edge. The latter's screen curve is big enough to accommodate a few controls and shortcuts. You can't do that on the S6 Edge, so basically, it's just an aesthetic addition.

A surprise enhancement comes from the fingerprint scanner. This feature works as good if not better than what you get on the iPhone. You no longer have to swipe your finger to unlock the phone. Just place it on the sensor, and it is done.

In A Nutshell
Out of Samsung's two new flagship phones, the S6 Edge is definitely an eye-catcher. However, when it comes to media consumption, the regular S6 is better. Since the display is flat, it is easier to get rid of reflections. Both the phones are well-constructed and have premium feel. For more details, keep an eye out for our comprehensive review.