We shed light on new features such as 4K, Curved screen, 3D, and web connectivity. Visit any TV shop, and the sales person will try to shove 4K quality down your throat. Next will be 3D tech and so called smart features. If you seem like a super-rich person, then the store guys will try to push curved TVs as well. Now even if budget is not your concern, should you be paying for the features that you actual never asked for? Well, that was a rhetoric question. Anyway, the point here is to let you know what to look for when buying a television set. Instead of simply explaining the meaning of this tech mumbo-jumbo, we're also going to tell you whether these features actually make sense in our country. Forget everything you've learned from TV ads and International websites whose agenda is to promote consumerism. Now sit back and note these points. Before we start, I hereby declare that I have visited multiple malls, showrooms, and friends' places to compare and experience all this fancy stuff. I'm not going to mention the shop names, because they are going to hate me for writing this piece anyway.

Curved TVs Are Stupid
LG and Samsung want you to believe that the curved TVs offer "immersive" experience. To make an argument, they give you an example of IMAX theatres. However, that's pure hogwash. Curve makes sense in IMAX because those screens are bigger than our houses. Many a times you have to turn your head to watch the corners of these cinema screens, and that's why the immersive experience works. On the other hand, a curved TV in your living room actually reduced the surface area of viewable screen due to its shape. It also has a sweet spot for viewing angles. If you watch such TVs from off-angles, the picture looks warped. Another inconvenience most people won't tell you is that curved TVs can't be wall mounted. 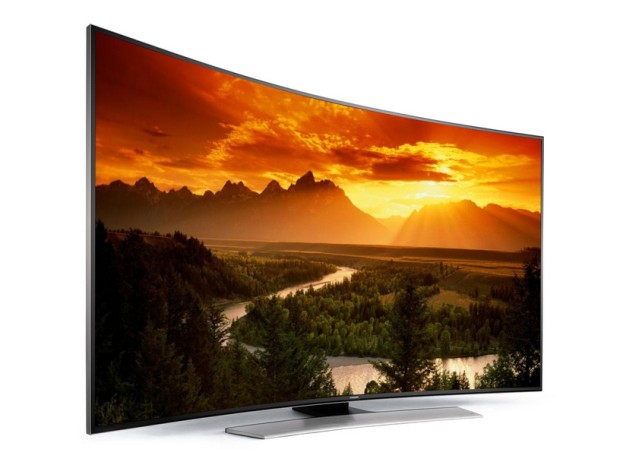 3D Sucks
Hollywood blockbusters such as 'Avatar' and 'Life O Pi' have been using overdone CGI and 3D gimmick to make up for the lack of substance and artistic flair (something that you experience in Alfonso Cuarón and Guillermo del Toro's movies). Little wonder then, TV companies have brought this fad to your living room. Compared to 4K, 3D DVDs and Blu-Rays are available in the market. Plus, some TVs offer real-time 2D to 3D conversion. However, the problem here is that watching 3D content cause headache. Watching it for hours can even result in disorientation. Since you have to wear special eye-gear (cyan-red, polarised, or shutter glasses, it limits the number of people who can enjoy TV at home. 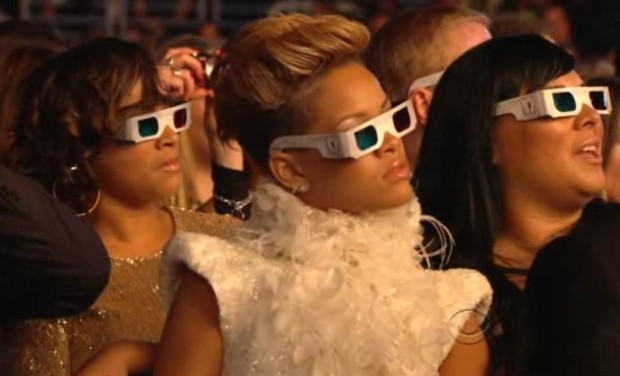 4K TVs Are Pointless
When smartphone manufacturers run out of innovations, they throw-in processor cores. Similarly, the TV-makers keeps on cramming in more pixels. Now, I'm not against 4K quality. I agree that it is great. However, 4K TVs do not make sense for us in India. Wondering why? Well, where's the 4K content? majority of TV channels in India broadcast SD quality (480p) picture. The HD ones mostly 480p programmes up-scaled to 720p. Even Hollywood hasn't released a single 4K BLU-RAY disc yet. So unless you wish to watch the promotional videos especially shop to demonstrate this technology on repeat mode, don't buy a 4K TV. Since we watch TV from 8 feet, 720 (HD) quality screens offer enough sharpness for a 42-inch panel. Anything bigger than that though, and you should go for the Full HD (1080p) display. 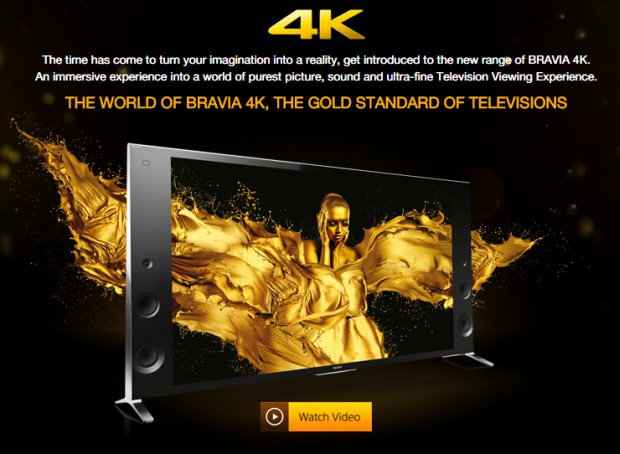 Smart Features Are Overrated
Most companies are stuffing TVs with the so called "smart" features. I have seen plenty of premium television with quad-core CPUs, 2 GB RAM, gesture remote, and proper operating systems. All this stuff looks good on paper. But to make use of it, you have to be a god-damn computer operator. Wi-Fi streaming and web connectivity features might get you excited for few days, but you'll hardly use these features in the long run. Plus, these features are mostly hit and miss affair. For instance, in most smart TVs, Wi-Fi video streaming is still jerky than the tried and tested USB playback. Don't even get me started on those swanky gesture-based "smart" remote controllers that make you feel as if you are controlling a car with a helm. On the other hand, the good-old TV remotes are something that any person, irrespective of the age, can pick-up and use it right away. So while buying a TV, try to keep things simple. Size Does Matter
The only thing that made sense about the domestic TV manufacturer Videocon was its tagline "Bada hai to behtar hai" (Bigger the better). If possible, buy the biggest TV that fits your budget. For instance, if you're split between 'model A' with 32-inch screen and lot of features, and a 42-inch 'model B' basic features, choose the latter. Don't follow this advise, only if the 'model B' is manufactured by Intex, Micromax, Lloyd, Mitashi, Sansui, or Salora. Television sets are not something that you change too often, so don't take a chance in terms of reliability.

Plasma Is Better Than LCD
Since OLED TVs are not available in India, we only have to types of displays to choose from - LCD and Plasma. Depending on the type of back-lighting, LCDs fall under two categories: CCFL (Cold Cathode Fluorescent Lamp)-lit LCD and LED (Light Emitting Diode)-lit LCD. Yes, LED TV is not the totally new technology you have been hoping for. Between these two, LED-lit TVs are better than the CCFL-based counterparts as they offer relatively consistent brightness across the panel. Again in LED, you have Edge-lit and Back-lit (also known as direct lit) TVs. In Back-lit type, you have LEDs spread across the entire surface area of the screen, which results in even lighting (these TVs are damn expensive). On the other hand, Edge-lit models (relatively affordable) feature LEDs only around the edge of the screen, so screen brightness isn't uniform across the screen.

Plasma tech is completely different than LCD. These TVs have array of sub-pixel sized cells that contain noble gases (usually Neon and Xenon). When the electrical charge flows through the screen, the heat turns these gases into plasma that emits ultraviolet light. This UV light then hits the phosphor coating, and causes it to illuminate and create visible colours such as red, green, and blue. Since no back-lighting is involved here, Plasma TVs produce vibrant colours. Due to its ability to completely turn off individual pixels, you get excellent blacks. Plasma TVs also offers much wider viewing angles compared to the industry leading LCD panels. Another area where Plasma blows the LCD out of the water is the screen refresh rate. No matter how expensive, LCD screens stutter while displaying scenes with swift camera panning. Plasma TVs have no such issue. The only advantage LCDs have over Plasma is their low-energy consumption. While shop-keepers want you to believe that Plasma are very power hungry, from my experience I can tell that a 42-inch Plasma panel would take your monthly electricity bill up by approx Rs 50 - 100 more than a similarly sized LCD.

For our recommendations, check out these articles: