Home » Mobiles » Why You Shouldn’t Buy Micromax And Karbonn Mobiles

Why You Shouldn’t Buy Micromax And Karbonn Mobiles | TechTree.com

Why You Shouldn’t Buy Micromax And Karbonn Mobiles

Yes, it’s about their after-sales support. 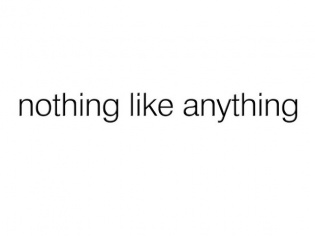 Last month, I took a week's leave to visit my native place Dhule. That's around 375 km away from Mumbai. Although the whole point of this trip was to relax, I couldn't help but check out the local phone shops. While taking a stroll on Agra Road, I saw a peeved-off guy outside Micromax's service centre, and for some reasons I thought it was a good idea to ask why he looked so angry. As it turned out, he was a shopkeeper from Shirpur (60 km away from Dhule) who sold hundreds of Micromax and Karbonn phones a few months back. Fast forward it to present day, and he's stuck with around 40 Micromax and Karbonn phones that have conked off. All these phones are under warranty, and have problems such as unresponsive screen, dead camera, faulty buttons, software issues etc.

Since the Micromax and Karbonn service centres are not located in Shirpur, the customers expect the shopkeeper to take care of the warranty and replacement stuff. Till now, the guy I met has submitted over a 44 phones (around 20 of Micromax and 24 of Karbonn). On his every visit, the guys at service centre always have a new excuse for not fixing the phones.

After months of waiting, many customers have threatened to assault him (Dhule is a scary place!). In this debacle, Karbonn didn't even bother to give separate job sheets for their phones. They simply stapled a paper to a single job sheet and jotted down the list of IMEI numbers. So for over 20 mobiles, he only has two job sheets. In comparison, the guys at Micromax showed some professionalism by issuing separate job sheet for each phone. Last time I contacted him, he received 7 phones from Micromax. Out of which two phones have been fixed, while remaining five have their issues intact. Similarly, Karbonn returned six phones, out of which only one hasn't been fixed properly. So Karbonn is relatively better than Micromax when it comes to repairing. However, the process is as frustratingly slow as that of Micromax.

The shopkeeper no more stocks phones from the domestic brands. However, he doesn't know how to go on about the phones that are still lying in the service centres. As proof, he has sent a few scanned copies of his job sheets. He feels that if companies can't take care of after-sales services, should stop selling them.

Of course, this is only one side of the story. We will be happy to hear Micromax and Karbonn's version. If the shopkeeper is at fault, we will update the article accordingly. If the guys at service centres aren't doing their job properly, we hope that the management at Micromax and Karbonn will find a solution to it and speed up the process. The sole intention of this article is to shed some light on customer grievance.

On some of our Micromax reviews we've received comments stating similar horror stories. Let us know your own unique experiences with phones that you've bought whether it be good or bad. 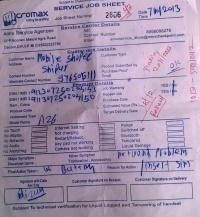 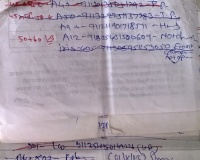