Find out how the Finnish brand became a synonym for mobile phones. Microsoft has finally completed the acquisition of Nokia's mobile phone business. Off-loading its phone manufacturing business to Microsoft is not the end of the road for Nokia. The Finnish company still retains Nokia Solutions and Networks (NSN), HERE maps, and a large pool of patents. You will be surprised to know that Nokia's roots date back to times when Finland was a part of the Russian Empire. In 1865, Fredrik Idestam (a mining engineer) started a wood pulp mill. The name Nokia came into the picture when Fredrik opened a second processing unit on the banks of the “Nokianvirta” River. By 1922, Nokia acquired Finnish Cable Works and Finnish Rubber Works. Venturing in multiple businesses, Nokia produced papers, tyres, footwear, communication cables, electricity generation machinery, robotics, capacitors, plastics, aluminium, and chemicals. The company also manufactured the communication equipment called Sanomalaite M/90 and M61 gas mask for the Finnish Army. In the 80s, Nokia shifted focus to the telecom industry, and what followed, as they say, is history.

Nokia, as we know it today, is all about the phones it manufactured in last three decades. So let’s revisit some of the company’s iconic handsets that made Nokia synonymous with mobile phones.

Nokia Mobira Cityman 900
Year 1987, Launch Price: Rs 4,00,000 (approx.)
Back in the 80s, when the music was awesome and phones used to be as heavy as 5 kilogram, Nokia introduced Mobira Cityman 900. Weighing under 800 grams (outrageous by today’s standards), it was one of the lightest mobile phones available in 1987. The Cityman 900 and Nokia grabbed the media attention across the globe when Mikhail Gorbachev, President of the Soviet Union, made a call from Helsinki to Moscow. Little wonder that the handset was simply known as “Gorba” thereafter. Nokia 1011
Year 1992, Launch Price: Rs 110,000 (approx.)
This mobile phone was launched on 10th of November, hence the model name 1011. Although not the first commercially available handset, it was the first mass-produced GSM phone. The 1011 was able to receive text messages, but not send them. As you may already know, the call charges were so high that network congestion was out of question. 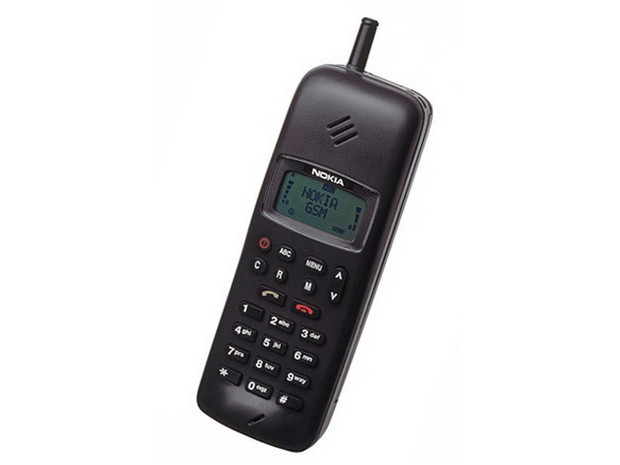 Nokia 9000 Communicator
Year: 1996, Launch Price: Rs 53,000 (approx.)
While the world was still getting used to no-frill phones, Nokia introduced its first business phone, the 9000 Communicator. The device is a testimony to how early Nokia had envisioned a smartphone. The phone was based on GEOS operating system, developed by Geoworks. It was powered by an Intel 24 MHz, 386 processor and had 8 MB of flash memory. Not impressed? Well, just imagine using email, fax, and web browser on your phone in 1996. Nokia 3310
Year: 2000, Launch Price: Rs 12,000
The Chuck Norris of mobile world, Nokia 3310 was released in 2000. Thanks to its handy-design and straightforward interface, the handset was a massive hit back then. The phone’s build quality was rock-solid, which is one of the reasons behind the phone’s cult following. The 3310 shipped with Snake and Space Impact games that became a rage in years that followed. 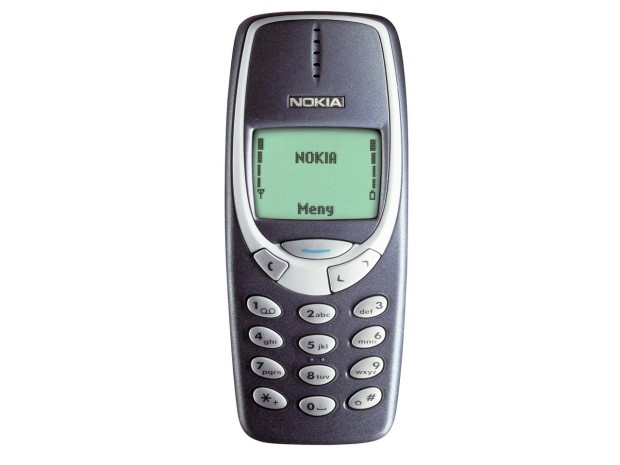 Nokia 7650
Year: 2002, Price: 53,000 (approx.)
The 7650 was Nokia’s first smartphone with built-in camera. The phone featured the Series 60 (S60) OS, which was built on Symbian platform. Apart from that, the phone’s slider design was too awesome to ignore. After getting featured in Steven Spielberg's Minority Report, it had become the must-have gadget for geeks. 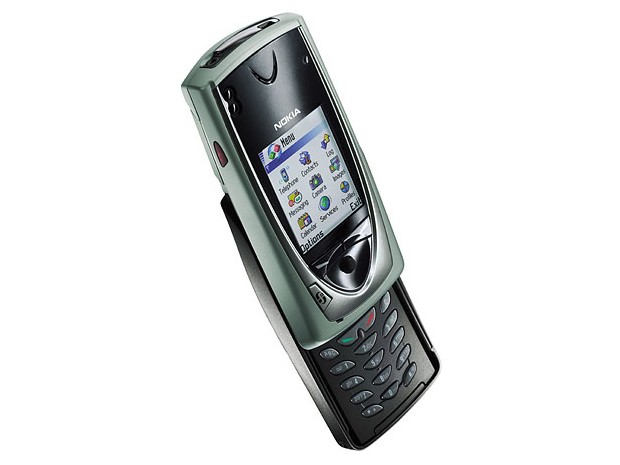 Nokia 1100
Year: 2003, Launch Price: Rs 5000
In times when the world was fast-moving towards smarter phones, Nokia managed to pull out another smash-hit dumb-phone, the 1100. Apart from user-friendly nature of the device, it was the built-in torch-light that attracted consumers in many developing countries. Selling over 250 million units, it's not just the most successful phone, but also the best-selling consumer electronics device in the world. Nokia N90
Year: 2005, Launch Price: Rs 30,000
After becoming the world's most sold digital camera brand, Nokia targeted the camcorder market with its unique N90. Of its two screens, one supported 270 degree swivel action. It came with a 2 megapixel rotating camera with Carl Zeiss lens, 31 MB internal storage, and a 64 MB memory card out of the box. Nokia N95
Year: 2007, Launch Price: Rs 30,000
The best all-round smartphone of its time, the N95 was launched in 2007. The phone was based on Series 60 3rd Edition software, built upon Symbian OS v9.2. The N95 was stuffed with features like a 5 megapixel camera, Wi-Fi, GPS, Bluetooth, 3.5G, Infrared port, and GPS. The handset also had a two-way sliding mechanism that allowed access to keypad or media playback buttons. This was the time when Nokia was at its peak, and the N95 was what iPhone is today.

Nokia E71
Year: 2008, Price: 20,000
While the N95 was battling it out with the newly launched Apple iPhone, Nokia decided to take on BlackBerry with its metal-clad E71. This Symbian 9.2 powered phone came with a full-QWERTY keypad and Quick Office to work with Word, Excel, and PowerPoint files. Nokia Maps app was another useful addition since BlackBerry mapping solution was useless in many countries. 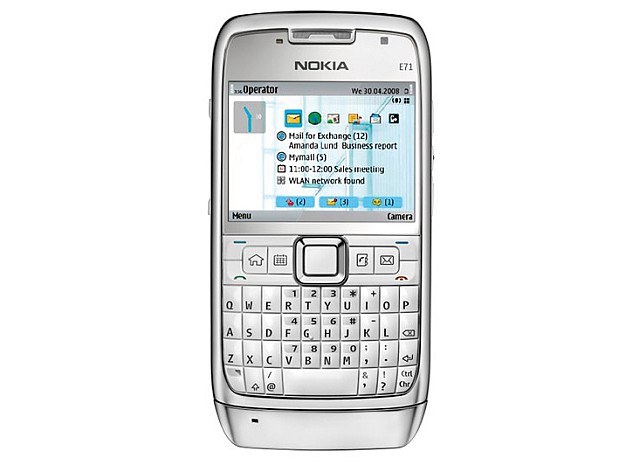 Nokia N8
Year: 2010, Price: Rs 25,000
After quite a few disastrous touchscreen phones, Nokia finally launched its first handset with touch-friendly capacitive screen. The specialty of this 3.5-incher was its 12 megapixel camera with the biggest sensor slapped onto a phone (at that time). Apart from impressive photography skills, it boasted of an AMOLED screen, Dolby sound enhancements, HDMI-out, USB-OTG, FM-transmitter, and GPS. In short, it was a Swiss Army knife equivalent of mobile phones. The only downer here was the ageing Symbian platform. 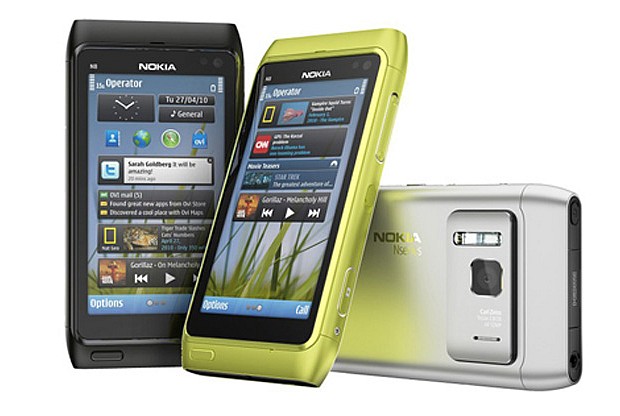 Nokia N9
Year: 2011, Launch Price: Rs 30,000 (never officially released in India)
After realising that the old warhorse Symbian was no match for the modern iOS and Android, Nokia introduced its first phone based on MeeGo OS. This Linux based mobile platform was a joint effort between Intel and Nokia. The N9 was the first Nokia phone to feature a sporty polycarbonate unibody and curved display. The phone garnered positive reviews for its swipe based UI and elegant design. However, due to the Microsoft deal which materialised in the same year, the phone saw a limited release. 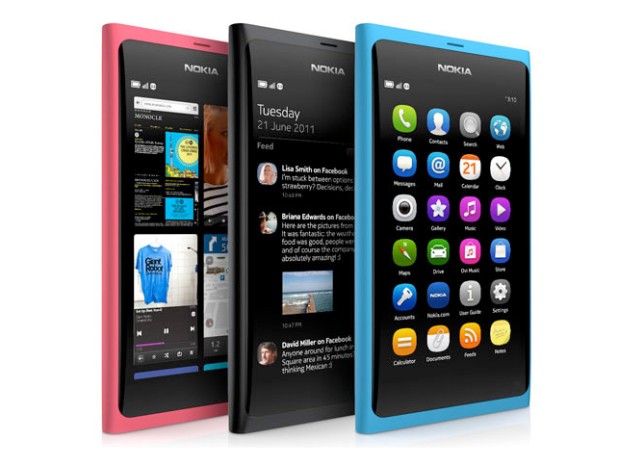 Nokia Lumia 800
Year: 2011, Launch Price: 26,000
Due to the lack of confidence in building its own eco-system, Nokia embraced Microsoft’s bold new mobile platform. The early fruit of this partnership, the Lumia 800, was a fine balance between N9-esque clean design and the minimalistic Windows Phone UI. It was the first Nokia handset that matched the fluidity of the iPhone. However, due to stupid restrictions in the first iteration of WP, the phone didn’t do very well in the market. Nokia 808 PureView
Year: 2012, Launch Price: Rs 32,000
Two years after the N8, Nokia released a 41 megapixel camera monster, the 808 PureView. This 4-incher was filled-to-the-gills with technology that Nokia invented all these years. While the camera on this one was brilliant, the handset was mostly criticised for the dated Belle software platform (also known as Symbian Belle).

Nokia Lumia 1020
Year: 2012. Launch Price: Rs 40,000
Nokia’s latest flagship, the Lumia 1020 offers the goodness of WP8 OS and 41 megapixel camera in a sleek package. Improving upon the 808, the 1020 packs in a BSI (Backside illuminated) sensor with floating lens technology. The 6-lens assembly is manufactured in collaboration with Zeiss. The phone also comes with a specially designed Pro Camera app that gives total control over parameters such as shutter speed, exposure, white balance, and ISO. 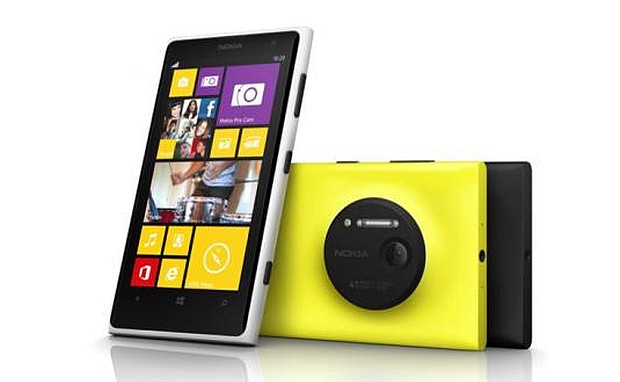