Facebook's photo sharing app has made its strong foothold in the world of photography. As digital photography and internet connectivity comes to the reach of everyone with a smartphone, it is but natural that hundreds of pictures find their way to social networks. Of them all, Facebook has seen 50 billion photos in 2010 already, making it the largest online photo repository today. So it came as no surprise that FB was keen on buying the ever-so-popular photo-sharing tool Instagram, that too for a staggering $1 billion. For FB, this was the much-needed footprint it wanted to leave in the mobile computing space and potentially their strongest yet. The service's Android home launcher (or skin as they call it) ended up being half-baked cake, with fancy icing. As we celebrate World Photography Day today, we trace back the origins of this billion dollar baby that helped retro photography make a grand comeback.

The Known Devils
Flickr had been picked up by Yahoo! way back in 2005, and by 2007, users had been migrated to its system. The search giant did a mighty good job of killing the brand, which had been a massive hit with serious photography enthusiasts (and poseurs alike). Although, it did try to make up for lost ground with increased storage space for free accounts, revamped mobile apps, and a new (really?) website layout, Yahoo! lost out on both, precious time and its loyal user base. Google has been too busy pushing its social networking cause (Google+, for those who didn't realise), as it looked to integrate its popular services, such as Picasa with its social platform. With major image refining tools going into Google+'s kitty, Picasa has been reduced to just a cloud storage option. All this surely opened up markets for other players, and several popular services specifically taking advantage of mobile computing technology came into the foray. Two main social networks revolving around photography as a medium of communication today include Pinterest and Instagram. While the former comes across as a curating tool where people just collect "pins", the latter has more crowd appeal.

A Grand Entry
Instagram came to the iPhone in October 2010 with 11 photo effects. It broke away from the traditional 4:3 and 16:9 photo-dimensions to offer polaroid-style 1:1 square images. In its first release, you could only upload images, add effects, and share them to your network of friends or publicaly with other Instagrammers, as the case may be. January 2011 brought with it the introduction of Twitter-style hashtags that made image searches easier on the service. Rehashed And Re-invented
Version 2.0, which came in well before the Android app saw the light of day in September 2011, saw a few new filters, removed some not-so-happening ones, and introduced several new options such as live filters, instant tilt shift, high resolution photo uploads, optional borders, and one-click rotation. This way, users had more editing options on not just images captured via Instagram, but also their existing camera captures. Till this point in time, things were going just fine for the service and its ever-swelling user base.

The Minor Backlash
After a good year of making it to the iOS platform, Instagram came in to woo Android fans as well. In April 2012, the first version of the app made it to the Google Play store. Later in the month, the company announced its acquisition by social networking giant Facebook. With it, the service also revised its privacy policy to enable seamless image-sharing, which was to be enabled eight months later. What ensued was a worldwide furore, with big names including National Geographic pulling accounts off the service. Instagram was quick to do damage control with an updated policy document, but in the interim, Flickr and other smaller brands did manage to make a bit of hay as the sun set on Instagram. Also, the service has drawn sharp criticism for giving a cold shoulder to the ailing BB10 and the Windows Phone platform. 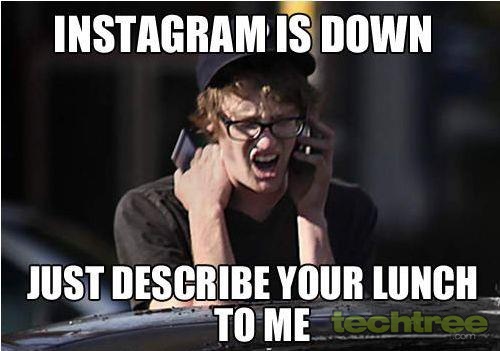 Still Going Strong
Despite all the negative publicity and animosity though, Instagram continues to stay strong, and pretty much on top of the game. Currently in version 4.1 with over 20 filters and effects to pick from, the app now behaves like a complete social network in itself. You can tag people and even create and share 15-second videos with the world. You can gauge its stronghold in the world of not just photography but also social reach as brands try hard to capture this untapped set of users. As shutterbugs go on a snapping spree this World Photography Day, even the site dedicated to the cause has given Instagram its credit. True, there are enough people who don't appreciate "spoiling" pictures with regressive lomo effects, but then again, Instagram is too big a monster to overlook or ignore.