Enjoy the monsoons with songs that suit your mood, all for the excellent price of free. 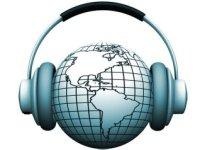 We're well into the monsoon now, and If you happen to be a DTH user on a rainy weekend, chances are you will be at home — unable to step out, without any signal reception in your set-top box, and with no cable connection as a backup. Thanks to the wonders of the internet though, if you have a decent broadband connection, you can turn to some quality music and listen to the latest releases as a fun way to pass the time. Instead of downloading MP3s that are mostly illegal, here are a few websites that let you stream songs, even of the regional variety.

One of the most popular websites in its genre, Raaga.com offers not just songs from Bollywood flicks, but also music from genres such as Devotional, Pop, Remix, Ghazals, and Qawwali. You can listen to songs in a wide variety of languages, such as Tamil, Telugu, Malayalam, Kannada, Punjabi, Bengali, Gujarati, Bhojpuri, Marathi, and even Sanskrit. You can create playlists and share them with your friends too.

Apart from select song downloads, you can also catch popular Hindi, Tamil, Telugu, Punjabi, and Gujarati videos. The interface is so easy that even my mom can navigate her way through it without any fuss, making this one of her favourite sites. The service even offers an Android and iOS app to accompany you on the go. If you prefer international sounds instead, or music from genres in languages such as Awadhi, Haryanvi, Assamese, Magadhi, or even Urdu, then Gaana.com is the place to be. Apart from playing Country, Metal, and other popular international genres, you can also listen to some shows from Radio Mirchi. The homepage provides access to featured playlists such as Mirchi Top 20, US Top 20, Euro Top 20, and Tamil Top 20. If you're an airtel user, you can right-click on the song to set it as your caller tune. Unlike Raaga.com though, it doesn’t offer any smartphone app. In the unlikely event that you do not find the music you want from the previous two sources, you can try the music service from Google India. This website is more like an aggregator, pooling songs from its partner websites. Although its description claims that only Hindi music is available, Tamil, Telugu, Malayalam, Kannada, Assamese, and even Marathi songs can be accessed via the search feature. Try searching for songs yourself — who knows, you might find some hidden nuggets from the depths of the internet! If you shun Indian film songs like the plague, SHOUTcast Radio is an amazing resource to tap. You can listen to international "radio" stations for free, from various corners of the world and in several languages. Its stations can be streamed through popular media players such as Winamp, iTunes, and Windows Media Player with ease, so you don't really need to worry about browser crashes when your favourite song is streaming. You can download the official iOS app here. 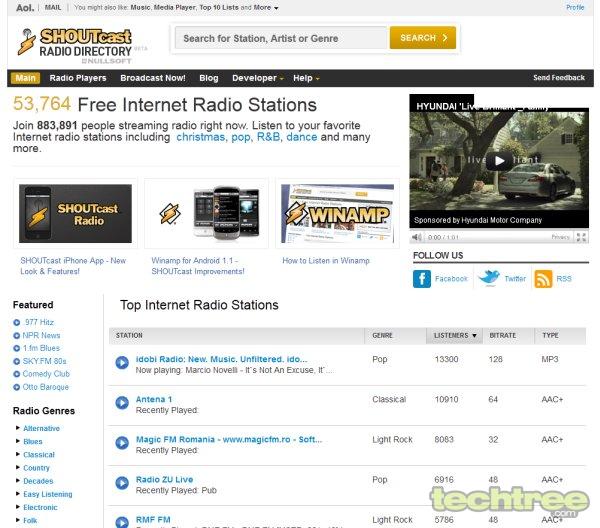 Hi Prasooncc, I haven't added Saavn here, because it was covered it an earlier story. You can check it out here: http://www.techtree.com/content/features/1518/6-dhinchak-bollywood-apps.html
Submitted by Kamakshi S on Mon, 16/07/2012 - 16:38
News Corner