4 Ways In Which Our Gadgets Are Turning Us Into Tech-Savvy Dodos | TechTree.com

Too much dependency on gizmos is affecting our language, memory, and ability to do basic math. 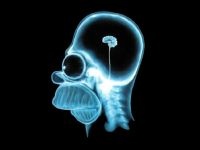 There's no denying that technology has simplified our life. Thanks to our gadgets, emails can be sent while on the go. You can find locations using your phone's GPS. With the help of video chat, it's now possible to interact with people halfway around the world, as if you were actually there. Let's face it, these devices have become an inseparable part of our fast-paced lives. However, as they say, "You can have too much of a good thing". The flip side of our dependence on machines is that they are slowly but surely making us stupid. Don't believe me? Consider the following ills that plague modern-day civilisation:


1. SMS Lingo
Excessive use of text messages has led to the evolution of "SMS lingo" — a writing style where "fine" is spelled as "fyn", while "xoxoxoxo" stands for "hugs and kisses". Many will argue that this is a necessary evil, since it saves a good deal of time. However, if a soldier on the battlefield can write a proper letter to his girlfriend back home, why can't we punch in a meaningful text message even when ensconced within the comforts of our everyday life? Then and now — this image says it all.

2. A Weak Memory
Let's go back to the pre-mobile era, where landline phones were a status symbol. Back then, I used to remember my friends' numbers by heart. Sadly, the situation has changed for the worse today. Just because we can now save nearly endless numbers and assign them names, we don't even bother to try and memorise any of them. Of course, all our important dates and anniversaries are also taken care of by our phone's To Do list. We've become so forgetful that one day, if we should be forced to forfeit our beloved gadgets, this is what we'll turn into: 3. Inability To Do Basic Math
A decade ago, the average college-goer could perform basic arithmetic without using a pen and paper. Nowadays though, it's a different story altogether. Most of us (including me) cannot even do simple math without using the calculator built into my smartphone. We have apps for almost everything, from monthly budget tracking to the simplest of tasks such as splitting restaurant bills. Needless to say, it's all turning us into a bunch of dodos. So the next time your neighbouring Mehta uncle beats you at calculating commissions and percentages, you know the reason.


4. Lack Of Concentration (Short Attention Span)
I've noticed that people belonging to the previous generation are more determined to complete tasks and projects they've started. The problem is that we get easily carried away by distractions — and God knows we have enough of them, what with the all the versions of Angry Birds floating around. One of the biggest paradoxes today is that because we have access to information all the time, we don't bother to pay attention to it. On the other hand, old people can concentrate so hard, as if their efforts are going to open heaven's door. For example: my grumpy boss won't rest until he finds a mistake in my articles, which reminds me: I was supposed to publish this story last week.

Hi Bob, Thanks for the detailed dissection of the piece. Basically, you seem to agree with 3 of the 4 points made here, more or less. 75% isn't a bad score at all. :) As for the "mistake" you've pointed out, "civilisation" is how it's spelt in British English, while the "z" is used in American English. We follow the British English rules of spelling (colour, not color), so there's no mistake here. PS: I asked the pharmacist for a chill pill and he said it was out of stock. :)
Submitted by Badri 'BADJAG' Narayan on Thu, 28/06/2012 - 02:52
News Corner