5 Apps To Breeze Through Tuesdays

Make the second day of the work week more productive with these handy tools. 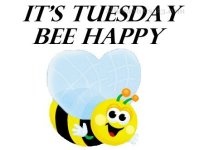 Tuesdays aren't really blue, but it doesn't really look like an easy day to handle, considering that you have already fallen into a routine and know your schedule well. However, if you need some time off, or have  to catch a flight, work on the go, or crave coffee, then here are a few apps for you to check out. They don't make work any easy or your boss any less cheesy, but they surely help you organize — from your flight to your coffee, all at the best price.

This is a cool app that lets you wirelessly sync your contacts, calendar, notes, memos, and to-do-list to your faithful BlackBerry. Its updated version also lets you sync data from its website. Works perfectly with both the Mac and PC as well. The latching process is a little slow, but the latest version does do a wee bit more than just hooking you up to your system while on the go. The app syncs data online as a backup, letting you review and edit it as well. The best part is that it has a device recovery feature, so if you misplace the phone, you can activate the feature to make the handset emit a loud ring, even if it's on silent. Another good idea is its ability to transfer your phone's data to another, in case you lose this BB of yours. With steroid-fed apps such as FlightView and Flight Track Pro, wonder what made us choose this less brawny travel utility? Well, it's free. This app not only helps you monitor flight timings and keep tab on security line wait times, but also provides a decent collection of restaurants around the airports based on reviews. Plus, when running late it can also tell you the time between the check-ins to the designated terminal. On the flipside though, the downloading could have been quicker. Ever since its debut, Dropbox has become the go-to site for cloud-based file storage and the apps add to its usefulness. The files you upload to Dropbox from your personal computer automatically sync with the Android/Apple devices and vice versa, which means easy access to the documents you need, anytime and anywhere. It works quite well if you have supporting apps such as Mail drop and DropItToMe. This is an interesting app that brings all your favourite websites in one place and presents it like a mosaic for you to choose and read, similar to the RockMelt browser. It's well designed and has an attractive interface, but Facebook and Twitter integration is missing. This is primarily an app that allows you to find friends, new places and happenings around in the city. It doubles up as a discount finder too. Does it work? Yes it does, and here's another surprise. With its new tie-up, you can use this app to order coffee for yourself from over 1,600 plus Café Coffee Day outlets, and avail discounts too.