From frugal netbooks to gaming laptops, find them all in this decision-maker. The holiday season provides with a good excuse to go gadget-hunting. A great majority of people these days are rather keen on switching over from desktops to laptops. Those who care less about their wallets, and even lesser about getting any real work done, seem to prefer the emerging tablet segment. If you belong to the latter category, read the Summer 2012 Buyer's Guide for tablets. However, if you're in the market for a laptop, hop aboard as we help you make an informed buying decision.

A vast majority of the population needs portable computers solely for music, movies, and web browsing. Even the weakest of the modern laptops are fully capable of these tasks, but they can't work with unoptimised, CPU-throttling Adobe Flash content and complicated web applets. If you're a part of this simple computing demographic, you need not look further than netbooks and budget laptops falling under Rs 30,000. The choice between the two involves striking a balance between performance and portability.

Netbooks
Netbooks are suitable for those who need computing devices but cannot invest a lot. These include commercial establishment owners who pay high electricity bills, as they will benefit from the sub 40 Watt power consumption. Students needing a cheap portable computer for word processing, movies, music, and internet access are the primary target users. Netbooks also serve as an excellent workaround against extended power cuts and the "load shedding" nonsense. Professionals who need computing on the move will appreciate the extended battery life and light weight.

Here's something for students who want to buy a netbook from their pocket money. The 1015CX fits the bill with its sleek and light design, and also exhibits good performance with the Atom dual-core processor. With a generous 320 GB hard drive and a 10" LED display, this little baby is good enough for everyday work, as well as an entertainment device. Some of the other features that may matter to you include 1 GB of RAM, Wi-Fi, Ethernet, and Bluetooth connectivity, webcam for video chat, HDMI and VGA output to hook up to a larger display, and a battery pack that claims to provide an astounding 11 hours of juice, to let you remain unplugged for a really long time. This netbook is powered by the AMD Fusion E-350 CPU with 2 GB RAM and a spacious 320 GB hard drive. It is portable and light enough at 1.32 kg to be carried around, and tough enough to be used on the move. Its Radeon HD 6310 GPU is adept at handling gaming with ease, on its 11.6" HD LED anti-glare display. Along with work, this netbook is also good enough to enjoy movies, thanks also to its SRS Premium sound system. The power-saving AMD Zacate processor extends battery life without compromising on Full-HD multimedia playback and internet browsing experience. This is highly recommended for those who seek portability and battery endurance without compromising on performance and features. 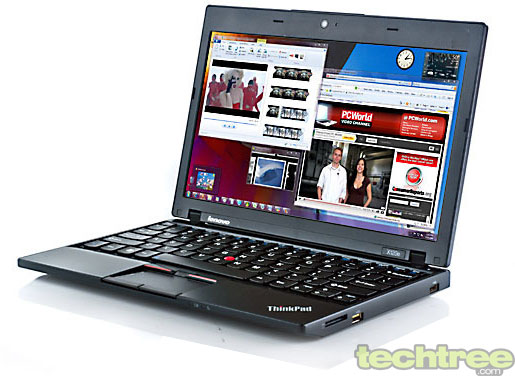 Budget Notebooks
Anything that cannot be handled by netbooks can be sorted out by these more powerful budget laptops with larger screens. The best part is that they are cheaper than more decent netbooks, but they become considerably heavier and more power hungry in the bargain. On the plus side, you get enough processing power to handle anything other than hardcore gaming. Then there are perks such as the optical drive, large screen, and a full-size keyboard. Just don't expect the same portability and battery life as offered by netbooks, and you will be just fine.

This device provides great value for your money with its AMD dual-core E-450 CPU with 2 GB RAM. Thanks to Radeon graphics, its 15.6" HD LED display is good for work, as well as for entertainment, while the 320 GB hard drive has enough storage space to store all your data. In short, the RV513 can provide as a poor man's desktop replacement of sorts. This laptop should suffice those looking for something cheap based on the Intel platform. The notebook is powered by the Pentium dual-core B940 CPU and has 2 GB RAM, upgradeable to 8 GB. Sporting an ergonomic keyboard, it comes with a 15.6" HD LED anti-glare display with pixel dimensions 1366x768. The 500 GB hard drive is big enough for most, while the Intel GMA HD graphics processor is capable of handling HD movies with ease. With a host of ports such as USB, Ethernet, HDMI, and VGA, its other features include Wi-Fi and Bluetooth. It comes equipped with a 6-cell Li-ion battery. Based on AMD's Sabine platform, the X53T is a surprise entrant in this category. Powered by a quad-core Fusion A6-3400M CPU with 2 GB RAM, this laptop is good for gaming too, thanks to the AMD Radeon HD6650M 1 GB graphics inside. It has a 15.6" LED-backlit display with pixel dimensions of 1366x768, while a 500 GB hard drive provides plenty of space for your OS and data. Some of the other standout features of this laptop are USB 3.0 port and Altec Lansing speakers. For the current price it is on offer, you cannot go wrong with this one. 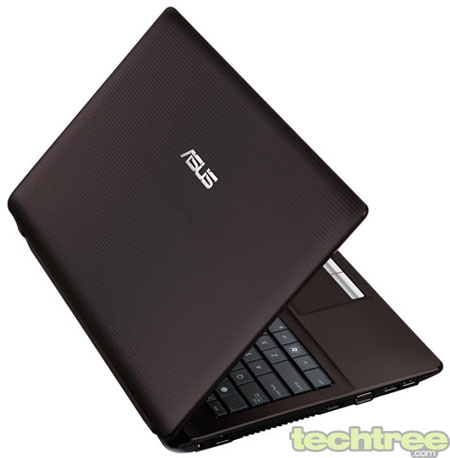 This segment is meant for those seeking a proper desktop replacement adept at handling multimedia as well as regular computing tasks. These laptops usually come with more powerful processors. They tend to have better screens and may incorporate discrete graphics cards. RAM and hard drive storage space is usually on the higher side as well. The pricing can range from Rs 30,000 to Rs 60,000 depending on the configuration, with Windows 7 pre-installed.

This is a very good example of a balanced laptop that comes with good performance and features, and it won't break the bank. Sporting an Intel Core i3 CPU and 2 GB RAM, the device is comparatively light and portable enough to carry around. The 15.6" WLED display is big enough to comfortably work for hours. It has a 500 GB hard drive that should take care of storing all your data. Some of the other features include three USB 2.0 ports, Wi-Fi, Ethernet, Bluetooth 3.0, HDMI-Out, and a VGA port. At its price, this makes for a really good buy if gaming is not a priority. Here is a more powerful laptop from HP, with better performance that will set you free, albeit at a higher price. The Pavilion dv6-7012tx is powered by Intel's second-generation Core i5-2450M CPU and packs in 6 GB of DDR3 RAM, expandable to 8 GB. With a 15.6" HD BrightView LED display, the laptop comes with a 640 GB hard drive and a dedicated NVIDIA GeForce GT 630M 2 GB graphics card that takes care of gaming.  In addition to the regular features, it also supports high-speed data transfers via a USB 3.0 port. At its price point, this is definitely a good buy to serve as a solid desktop replacement. 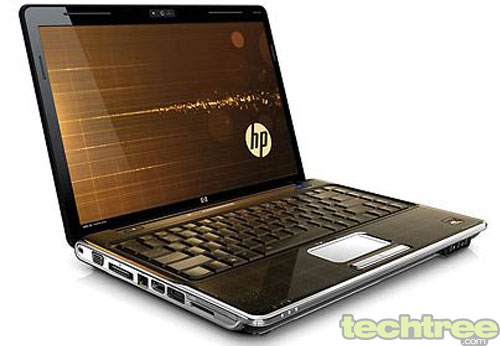 This is one category that is extremely niche and you therefore won't find many laptops here. Essentially, this segment is expected to do everything that a gaming rig can do, but in a fairly compact form factor. Getting decent gaming performance on a laptop is a considerable engineering feat, making these devices extremely expensive. Notebooks in this category come with screens sporting higher pixel dimensions, powerful CPUs and graphics cards, and fast HDDs and Blu-ray drives, in addition to often funky looks. While it would be better to reconsider your decision before going for such laptops, opting for a regular gaming PC instead, it's another matter altogether if you have the dough to blow.

Truth be told, I was looking for Alienware notebooks to list in this category, but they seem to have been de-listed or discontinued on most online stores. That being said, I found something just as interesting, and with similar features and performance to boot. The VX7 is a special-edition Automobili Lamborghini laptop that has looks inspired from the stylish car. It comes equipped with Intel's second-gen quad-core processor and a massive 16 GB of RAM. Helping it keep pace is an NVIDIA GeForce GTX 560M 3 GB graphics card that allows no-holds-barred gaming. With USB 3.0 ports, data transfer is quick and the 1.5 TB 7200 rpm hard drive can take care of all your data storage needs. The monitor sports 1920x1080 pixels, although the size should have been larger than 15.6". The package comes complete with a Lamborghini wireless mouse and carry bag for taking it along to LAN parties and showing off for all the world to see. 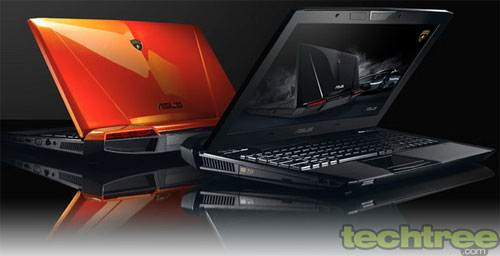 For those of you who cannot compromise on the display size, the X500 comes with a Full HD 18.4" LED CSV screen. This powerful machine has a Core i7 quad-core processor and 4 GB of DDR3 memory. In addition to a 1.5 TB hard drive, the company has also thrown in a Blu-ray re-writeable disk drive. Gaming performance is powered by an NVIDIA GeForce GTX 460M 1.5 GB graphics card, which, while a little dated, is still capable of handling most graphics with ease. Finally, the audio department is handled by the inbuilt Harman Kardon speakers. 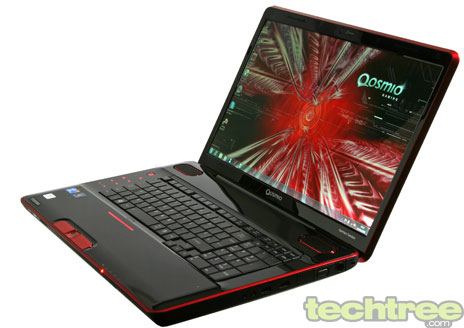 Thanks for the recommendation. There is no doubt that this laptop offers an unmatched value for money. This laptop could not be included earlier because it was out of stock on almost every online store we tried. Since it is now available on a few, we have included it.
Submitted by Jayesh Limaye on Fri, 18/05/2012 - 10:08