Rave about it or revile it, the fact is the latest smartphone game is risking lives and possibly saving a few as well. 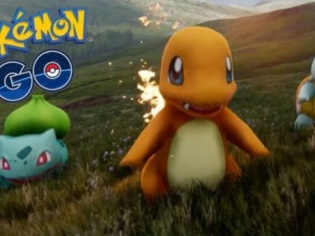 Search for #PokémonGo on Google News and the results can only be described as surprising and shocking. The whole world (read United States of America) seems to be going nuts over the new game. A few are learning, much to their chagrin, that going nuts could be injurious to health!

Sample these: A chap driving around New York while playing the game crashed into a tree; If you thought this was a one-off nut, think again! Another dude, this time in Oregon, got mugged while he was busy with the game. In Pennsylvania, a car hit a jaywalking teen busy with her ‘precious Pokémon’.

Having read these reports, one was tempted to look up another term on Google. The word was ‘mania’ and see what the search threw up:

Can there be a more apt definition for what’s happening around the world? All for a game that seems to have its roots in, don’t be surprised, bug catching! A report published in Vox.com suggests bug catching is actually popular with kids in Japan, where Pokémon Go originated.

The article goes on to quote gaming websites Kotaku and Retronauts to suggest that the Pokemon series founder Satoshi Tajiri was an avid bug catcher in his formative years. “… He was apparently fanatic about it – classmates called him “Mr. Bug,” and he wanted to be an entomologist.

Given this background, the obvious question that pops up is this: How is modern society connected with bug catching? The answer is obvious – augmented reality is here to stay and possible explode in our faces.

However, this isn’t the first AR game to be launched. The 2012 edition of ‘Ingress’ was critically praised but failed to become a rage. At this point in time Pokemon Go has been downloaded close to 20 million times, leading geeks to suggest that it is more popular than Snapchat and Twitter.

An article by Fruzsina Eordogh published in Forbes.com says the reason AR or the later VR (virtual reality) struggled to find a market was the need to buy a new, and possibly, expensive gadget. What Pokémon Go has done is remove the need for a new gadget.

Coming to the challenges that civil society is facing, there is obviously something that users have to be made aware of. Cops in the O’Fallon region of Missouri arrested four people suspected of using the game to target robbery victims. The cops said robbers could have used ‘Pokestop’, a beacon to lure more players. (Read the full story published here).

Another report, published on cNet.com spoke about a player who was actually stabbed by muggers but continued with the game. The article quoted a spokesman for the Forest Grove Police Department confirmed that the person was indeed stabbed in the shoulder.

So, can we conclude that Pokémon Go is not a game that should be encouraged? Opinion is divided on this front. The game, which involves walking long distances, could be dangerous if one isn’t really aware the surroundings. However, it could also be an exercise regimen that could burn some fat. (Check out the report in CNet.com).

And what does one need to stay safe while playing the game? Quite simple actually… (a) Do not wander into unknown places while engrossed in the game, (b) be aware of how you appear while playing the game, (c) it may be a good idea to carry replenishments if you plan to walk afar (d) keep an eye on your stuff, else it gets stolen and (e) watch out for the ‘bad guys’ online.

Raj Narayan is the Chief Content Officer at Trivone Digital Services. In his spare time, he works as a corporate trainer, Leadership Coach and an NLP Counselor.