Pokemon GO Gets Its First Update

With this quick roll out, developers are trying to show the conern they actually have towards users' safety and privacy. 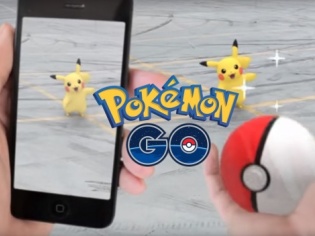 Probably there are very few left who actually do not know about Pokemon GO. The Android and iOS game that uses augmented reality went through a lot of hurdles and crashes after being downloaded 7.5 million times in the US alone while making around USD 1.6 million daily revenue, according to TechCrunch.

Now, it is not even a week since the game's launch and developers have already rolled out its first update (v1.0.1) to fix crashes and privacy issues. However, the first update is currently available only for iOS users while Android update is expected to come pretty soon, according to a report published on Gadgets 360.

The update, according to the same report, is also said to have been rolled out to fix the concern that involved Pokemon GO asking for full access to your Google account.

With the roll out of this update, Pokemon GO is now asking for permission to just send notifications and not the entire Google account, reports iDigitalTimes.

Also, according to official notes from the recent update, trainers are no longer required to enter their login credentials after being logged out forcefully. With this update being rolled out, we will have to wait and check out what new problems arise, if at all they exist!

PS: Here we are, in India, waiting for the game to be officially available on Google Play Store. Are you listening, developers?