A list of gadgets that will make you want to stab your eyes out. There are good gadgets and there are bad ones, but the worst of them all are the ugly kind. These are the ones that you don't want to be caught dead with. I have spent an inordinately long time rummaging through the dark underbelly of the gadget world, to come up with five most hideous examples of consumer electronics that have plagued humanity. All for your reading pleasure.{C}{C}

iBall Rang Tarang
After much deliberation, I have managed to think of two scenarios where one can be excused for wearing the iBall Rang Tarang headphones: (1) In a gay pride parade, or (2) At work; that is, if you happen to be a clown. Make no mistake - people will perceive you as a clown or a raging homosexual, or both if you are caught dead with this ridiculously colourful gadget.

However, there is one more valid excuse to buy one: this makes for an awesome gag gift to embarrass your friends. To be honest, the decent thing to do is to end this list right here, because nothing gets uglier than iBall's ghastly abomination Rang Tarang. Then again, decency is overrated, so let's just get on with the next four ugly gadgets. Casio G-Shock
Anyone who's watched movies such as Bedazzled or, god forbid, Shortcut to Happiness will be aware of the classic case of entrapment by the devil. It's simple, you offer your soul in exchange for a wish, which invariably gets twisted into something unexpectedly horrific. That's what I like to believe is the story behind the genesis of Casio's G-Shock wristwatch. It's as if the designer sold his soul for an indestructible timepiece, and got what he wanted. The only problem is that he was stuck with an abhorrently hideous watch that no one can get rid of.

Look at it, the G-Shock seems less like a watch, and more like a growth on your wrist. It's unprecedented ugliness is only rivalled by its indestructibility. Think of it as an uglier cousin of the One Ring - one that has to be worn on the wrist. The only difference is that Casio's version is much worse because there's no Mount Doom to rid humankind of its G-Shock-induced misery. It's certainly not my preciousss.

Vu Opulence 55" LED TV
I get the idea of lifestyle products - you bling up otherwise ordinary gadgets to jack up the price and hence exclusivity, as craved by the uber rich. However, Vu seems to have gone full retard with the bling part for its Opulence TV. Every square inch of the display's bezel has been decked with enough Swarovski crystals to make one spasm with spontaneous epileptic seizures.

Yes, this right here is the Edward Cullen of displays. One look at it and you realise what a monumentally bad idea it is to embellish a TV with scores of highly-reflective crystals. However, so is paying five lakh rupees for a 55" LED TV. The astronomical price tag isn't helped by the fact that the Opulence TV looks downright repulsive. 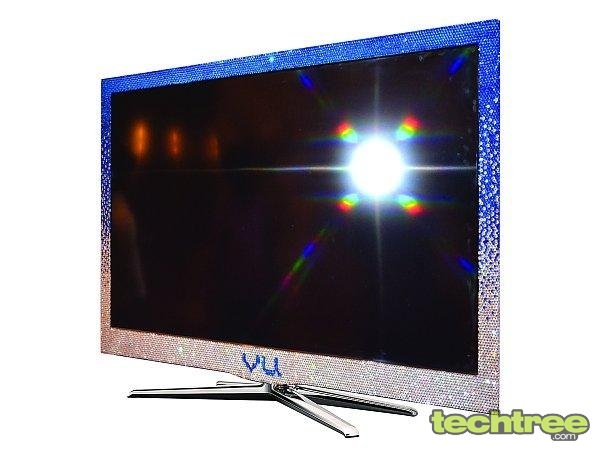 Zebronics ZEB-MP1000HDMI Media Player
You have to hand it out to the Zebronics' design team. I couldn't have come up with an uglier media player, even if I had tried - in MS Paint. However, the road to hell is paved with good intentions. All the good people at Zebronics had to do was step back and take one good look at the ZEB-MP1000 prototype, to realise that they had indeed created a monster. It's an aesthetic void so immense and all-consuming that it makes flowers wilt and butterflies drop dead, just by the virtue of its vile presence.

What it should have done, is arm few dudes with flamethrowers and burn the prototype and lab down... with fire. Just to make sure the monster remains buried, it should have razed the structure down and build, say, a nuclear reactor or a fallout shelter in its place. Unfortunately, Zebronics chose to unleash it on the unsuspecting Indian market instead. 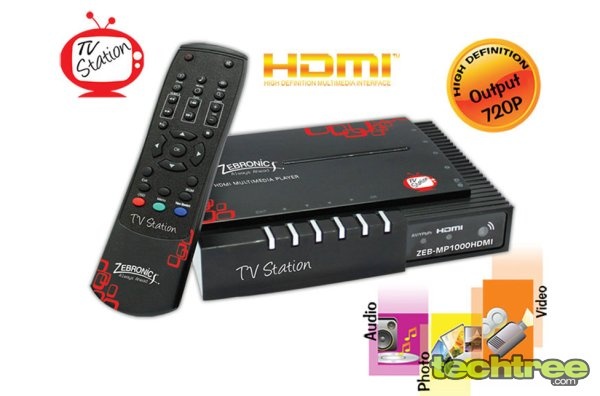 Nokia N-Gage
This is the grand daddy of all ugly phones - one that failed monumentally to integrate gaming with telephony. You couldn't even whip one out in the streets to answer a call without looking like a total tool. It was large, clumsy, unwieldy, and downright dreadful to look at. The N-Gage, then, was a bit like Bobby Darling - not really sure whether it wants to be a phone or a handheld gaming console.