Money no bar, these are the ultimate tech gifts this festive season. 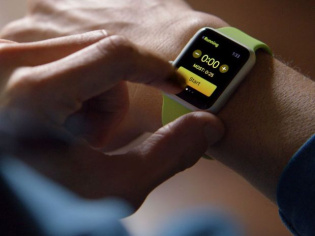 And while these selections may not be for everyone, the gifts will make a lot of sense as they will be craved for by many but received by a lucky few.

Still then, that does not mean that we simply picked the most expensive items and put them on our list, everything out here is worth its price tag. Apple’s most talked about iPhone yet. While its high asking price is a controversial topic, those who have acquired one will also tell you, that it was worth the price tag. I mean this is an Apple smartphone that beats the octa-core Android flagships in benchmarks. Pair that with Apple’s per device optimisations with apps and games and you have a really powerful smartphone that does everything the way it was meant to be.

And the same can also be said about developer support as many developers have already added support for 3D Touch, letting you Peek and Pop, getting to where you want to be, faster. In short, Apple’s biggest leap in performance (since the iPhone 5) should be enough to convince many to peg the iPhone 6s as the complete smartphone experience, from hardware down to 3rd party app support. Clearly the Sony RX 100 IV is special in more ways than one. It is the most compact camera for video recording buffs with its High Frame Rate recording that delivers 1000 fps 40 X slow motion recordings. It even shoots 4K at 100 Mbps bit rate. And while its 1.0 inch type sensor may sound like too little for the price tag, the RX 100 series has seen positive reviews from a number photography blogs. In short it is pricey, but the lucky owner will find it well worth it provided he/she knows what it is famous for. While most of our opinions of the Apple Watch are mostly negative, it is indeed the best smartwatch experience currently available. Nowhere else will you get third-party app support this robust and nowhere else will you find an OS this polished. So if your “giftee” is an iPhone owner, this smartwatch will easily take the crown as the coolest gift anyone has ever given them, because it works and it is rare as well. Looking for an Ultrabook selection? Then look no further than the Dell XPS 13. This hard to find laptop goes big on specs and performance. And then there is that infinity display that packs in all those pixels with a really thin bezel. At 13 inches, nothing comes close. Oh yes, it is hard to find, as most of the Dell XPS 13 units go out of stock pretty quickly. Spouse craving for a gaming console? Well the a PlayStation 4 seems to be the apt one with a no nonsense interface and straightforward gaming experience. While the 1 TB of storage space may sound excessive, if your relative is into a lot of games, this makes for a great way to hold a lot of them at once. This is considering that the 8 GB of RAM is capable to pulling off some great textures, leading to games growing bigger in size with every release. Else you could always go in for the cheaper 500 GB version and get a HDD to upgrade. The Bose SoundLink Bluetooth Speaker III is clearly the best that Bose has on offer at an equally expensive price. While it is not all that compact, it is quite a looker and looks like Porsche Design had a shot at it. But its design is durable as well. If you haven’t tried one out just yet, we suggest you head to your nearest Bose Store and give it a shot as it is both loud and clear for both indoor and outdoor use unlike many portable Bluetooth offerings that usually go heavy on bass notes.