Sony Launches Upgraded Alpha And Cyber-shot Series With A Focus On 4K | TechTree.com

The company is taking video recording to the limits with support for 960 fps video. 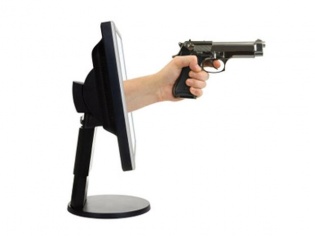 Sony has just announced its upgraded range of both interchangeable lens and fixed lens camera range. The updated cameras are upgrades to existing models, but take quite a big jump both in features and pricing that may make it worthwhile for those looking for perfection.

We have the Sony Alpha a7R II, who will make an impression among the big boys. The upgraded mirrorless professional DSLR packs in the world’s largest XGA True OLED viewfinder and a full frame, 42.2 megapixel CMOS Sensor coupled with the now standard BIONZ image processing.

The camera now gets a whopping 399 AF points with phase detection with an ISO range from 100 to 25600 (expandable to 50 to 102400). Also added to this interchangeable lens offering from Sony is 5-axis image stabilization. 4K capabilities include shooting video in full-frame or 35mm equivalent without pixel binning or oversampling which also happens to be world’s first for a digital camera.

Creeping into the DSLR territory is the new Cyber-shot RX 10 II and the upgraded RX 100 IV. A refresh over the previous RX 10 and the RX 100 III, the upgraded models feature a 1.0 inch type 20.2 and 20.1 megapixel sensors respectively. The cameras can also shoot 4K movies up to 5 minutes at a stretch with a high data rate of 100 Mbps (XAVC S format). Clearly you will require Class 10 card with large storage capacities to keep up with all the HFR video recordings. Sony also announced it own version of an SDXC class 10 card to keep up.

What was unexpected and shocking was the price tag of the RX 100 IV (Model DSC-RX100M4). This point and shoot (albeit professional grade in way) will set you back by a hefty 69,990, which is the price you pay for the 4K capabilities over the RX 100 III.