The smartphone comes with many technical specs similar to those of One M9+ and One E9+. 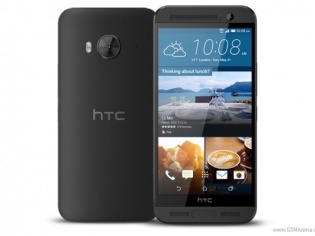 Taiwanese company HTC has launched its new smartphone dubbed as the One ME in India on Wednesday at Rs 40,500.

The latest flagship by the company is said to quite similar in looks to the One E9+ with its polycarbonate body and the metal frame.

Also, the One ME boasts a fingerprint scanner integrated into the physical home button up front just like the One M9+ smartphone.

The smartphone can be easily compared to the company's One M9+ and One E9+ in terms of technical specs too with a 5.2 inch QHD display powered by a 2.2 GHz MediaTek Helio X10 octa core 64 bit processor paired with a 3 GB of RAM.

It is worth noting that apart from the processor, the smartphone's other features like 32 GB internal storage, 20 MP rear and 4 UltraPixel front cameras and 2,840 mAh battery are similar to those of One M9+ and One E9+.