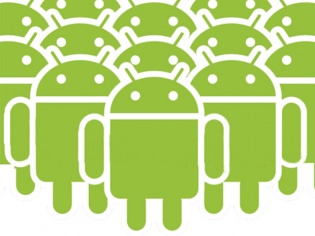 Internet search giant Google has revealed that it has hit the 1-billion active monthly users mark for its Android platform. The figures were given out by the company's Android and Chrome chief, Sundar Pichai, at the Google I/O conference held in San Francisco.

At last year's I/O the company claimed it had 900-million active Android devices in a 30-day period, which went on to hit the 1 billion mark last September. Now however, there are 1 billion people across the globe who use an Android device.

Some other interesting tit-bits of information were also given out by Google - 93 million selfies are taken each day with an Android device, 20 billion text messages are sent on any given day and the devices are checked over 100 billion times each day, making that one billion users figure pretty accurate.

Android's dominance of the smartphone market and now the tablet market means more people are downloading more apps. Google registered a 236 per cent year-on-year growth in the number of app installs on its Play Store.