Flipkart Plans Its Own Range Of Tablets Under The DigiFlip Moniker

Like most Indian smartphone brands, Flipkart's tablets will be manufactured by Chinese, Taiwanese and Korean OEMs. 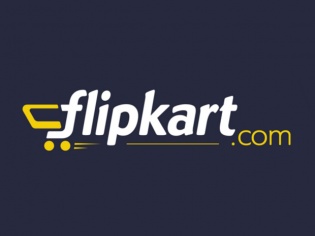 India's largest online retailer Flipkart is gearing up to launch its own brand of tablets computers under the label DigiFlip. The company is following in the footsteps of Amazon who've enjoyed incredible success with their kindle line of e-readers and tablet PCs.

"They will launch the tablet very soon," was quoted by an Economic Times report. So far Flipkart has sold accessories such as headphones, speakers and pen drives through the DigiFlip brand which was launched in 2012.

Like most so-called Indian smartphone and tablet manufacturers, Flipkart is expected to directly import the devices from OEMs in China, Hong Kong, Taiwan and Korea. This is different from Amazon which employees its very own R&D teams to churn out devices which are later manufactured on contract basis by companies.

The other key difference will be Flipkart competing with traditional manufacturers for a pie of the tablet market. Amazon sells its devices at close to no profits, with earnings being realised by sales of services such as ebooks which is a mainstay for the American e-commerce giant.

The only way Flipkart can succeed in making a good business model out of their devices arm is if they offer tablets with great specifications which come at a highly competitive price. The model adopted by Flipkart would be to eliminate the middle man, but there still is the question of after sales service.

Flipkart's biggest motivator to enter the smartphone and tablet space comes from the fact that 30 per cent of the Indian online retail market is made up of electronics. It is currently the largest category for e-retailers and is expected to grow with more manufacturers opting for exclusive online sales, eliminating brick and mortar stores.

According to a Morgan Stanley report, sales of Amazon's Kindle e-reader crossed $4.5 billion in 2013, but the company hardly turns a profit on the sales of these devices. Instead, the digital content that powers the devices generated revenues of $3.8 billion for Amazon.

Flipkart's move to launch its own tablets isn't seen as a way to counter the growth of Amazon in India. Instead, the company is just trying to cash in on the fast growing mobile devices market in the country, which carries a high risk of failure given the sheer number of competitors.