Black and White versions up for sale immediately with the rest of the colours on pre-order. 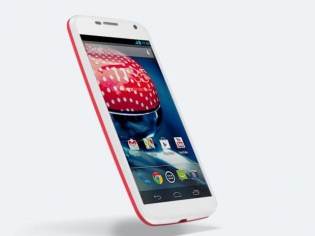 Flipkart surely set the web ablaze with the launch of the Moto G. The 16 GB variant got sold out in a matter of hours, while the 8 GB one sold out in a month’s time. This time around, the e-store is geared up to launch the Moto G's bigger brother the Moto X.

The hardware specs do show promise, but again is the phone worth the Rs 24,000 price tag? We say nay; and the phone to blame is none other than the Moto G. The budget phone offers a quad-core Snapdragon 400 chipset, whereas the Moto X settles for the dual-core processor. The MotoX does have an edge with a 10 megapixel camera and AMOLED screen, but that still doesn't justify the price tag.

Below are the hardware specs of the Moto X:

The Moto X wooden variant will cost you Rs 26,000, which is again pretty steep. What else could you buy in this price range?

Most reviews point to a smooth experience that is similar to the Motorola G. The camera is still an average for a 10 megapixel module.

Big news! The #MotoX will start at Rs. 23999 and is releasing tomorrow! #MotoOnFlipkart http://t.co/LrWqTuHXuE pic.twitter.com/KvEcEud9ne