The phone built to last, but not meant for specs junkies For over a year, Nokia has been busy pushing its entry-level smartphones to gain the marketshare. It rolled out the the budget 520, 620, 625, 630, and 530 at regular interval, whereas the mid-range 820's successor took a long time to show up. Much before Nokia embraced the Windows Phone platform, its 8xx series phones were mostly about flexible specifications and AMOLED screens. Take for instance, the N86 (2009), N8 (Symbian), and Lumia 820. Breaking the mould, the Lumia 830 sports an IPS screen. Unlike the top-dog Lumia 930, this phone offers user replaceable battery, microSD card slot, PureView camera with Zeiss optics, and built-in wireless charging tech. So is this the no-compromise Windows phone handset you have been waiting for?

Design
You may despise the WP platform, but you can't deny Nokia's design and material expertise. From 2008, the company has been building premium metal phones such as the E71. Later, it redefined plastic phones with its signature polycarbonate unibody design seen on the N9 and Lumia 800. Now for the Lumia 830, the company has fused both materials, and the result is a sturdy handset that is pleasant to hold. Although this phone is a successor of the 820, its design is inspired by the Lumia 925. The 830 features an aluminium frame that hold the all glass front and polycarbonate back-panel. Much like the iPhone 5s, here the metallic frame has sharp lines save for the slightly curved corners. The frame is slanted where the curved screen meets the metal to make the material transitions seamless. The attention to detail is amazing. Actually, no handset in its price-bracket matches the build precision and styling of the 830. The phone comes in Orange, Green, White, and Black. Out of that, White is a good option for the office types. Just don't pick-up the black one as it looks very boring. Moreover, the black colour camouflages the PureView camera assembly that creates a good contrast effect otherwise. Speaking of which, the Zeiss lens assembly on the 830 reminds you of the Lumia 1020. The back-panel pops-off giving you the access to the battery, microSD and nano-SIM slot. Once you open the handset, you can view the wireless (induction) charging hardware that goes into the back-panel. Despite it though, the handset is quite thin at 8.5 mm. The only complain I have here is the phone is not handy due to its 5-inch screen.

Screen
The 830 sports a 5" IPS screen with ClearBlack tech that involves sequence of polarising layers to eliminate reflections. In addition to that, Nokia has integrated a 'sunlight readability' mode that changes the contrast in real time to make sure the screen remains visible even under the bright light. The screen offers better contrast ratio than most IPS panels. With HD (720p) resolution, the screen is sharp.

The screen is protected by the scratch-resistant Gorilla Glass. Like any Lumia, the 830 comes with a Super Sensitive screen that you can operate even with gloves on. Another noteworthy addition is the software setting to calibrate colour and brightness profile. Since Microsoft's OS features bold colours, I prefer to set the colour profile to Vivid. Key Specs
On paper, the 830 won't impress you at all. It packs in a quad-core Snapdragon 400 chip and 1 GB RAM, which you get on the Redmi 1S that costs only Rs 6000. The internal storage in 16 GB, which is also offered by the Moto G that costs 10k less than the Lumia 830. The phone supports microSD cards up to 128 GB. The thing that might excite you is the 10 megapixel camera with OIS (Optical Image Stabilisation). A 0.9 megapixel is fine for me since I only it for Skyping. However, that's going to be a big turn-off for the selfie kings and queens. Other features include Wi-Fi, Bluetooth 4.0, NFC, GPS, FM radio, and 2200 mAh battery.

Software
The 830 runs the latest Windows Phone 8.1 Denim update out-of-the-box. As many of you would already know, the WP platform lets you set a Start Screen background. You can group similar apps in Live Folders. Creating such folders is quite easy. All you have to do is press, hold and drag an app icon over another. Tiled interface looks different than the usual grid of icons you get to see on Android and iOS. If you are new WP, it will take a day or two to get a hang of it, but after that it is smooth sailing. Since the icons scroll vertically, you can use this phone with one hand. Another thing worth mentioning is that all the option keys and contextual settings are at the bottom of the screen (within the reach of your thumb). That's a big plus, when you are using a large screen phone.

On the Snapdragon 400 SoC (System on Chip), WP shows no signs of stutter or lag. However, when loading high-end games, the 830 takes a few seconds more than competing Android handsets. The Nexus 5 that falls under the same price bracket renders detailed textures compared to the Lumia 830. Speaking of games, Microsoft mobile platform is yet to catch-up with Android as far as the game catalogue is concerned. In GT Racing 2, you can see jagged edges around the car.

Another pre-loaded app worth noting is HERE Drive +. It allows you to download map data right on the device. You can choose to download map data for the entire country as well as for individual states. Once you've downloaded the desired maps, you can avail free voice-guided navigation in offline mode. Icing on the cake is that the device's GPS performance is excellent.

Multimedia
The Lumia 830 comes with MixRadio music streaming service that beats Spotify hands-down. With this handset, you get subscription to download songs for three months. The device's sound output is excellent. With compatible headsets, you also get to enjoy Dolby virtualisation. However, the bundled earphones are trash. We expect something decent with a mid-range smartphone. 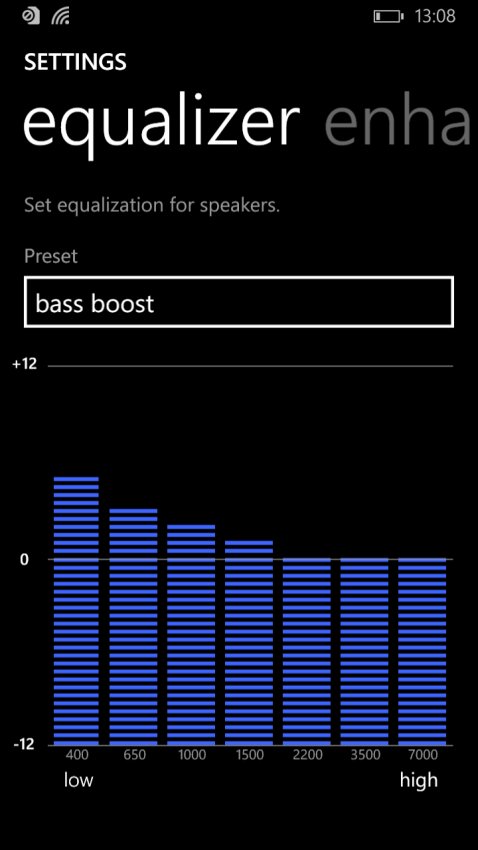 Moving onto video playback, the 830 can handle Full HD MP4, WMV, and AVI files. However, MKV videos are still no-go. Even the third-party media players are not as good as the MXPlayer you get on Android.

Camera
The Lumia 830 has a 10 megapixel PureView camera with OIS (Optical Image Stabilisation). Here the entire assembly of optics shift its position to compensate for the shaky hands. The results are stunning. The Lumia 830 offers excellent low-light performance - even better than the 925. In comparison, the Nexus 5 and even Moto X (2nd gen that costs Rs 32,000) falter in such situations. 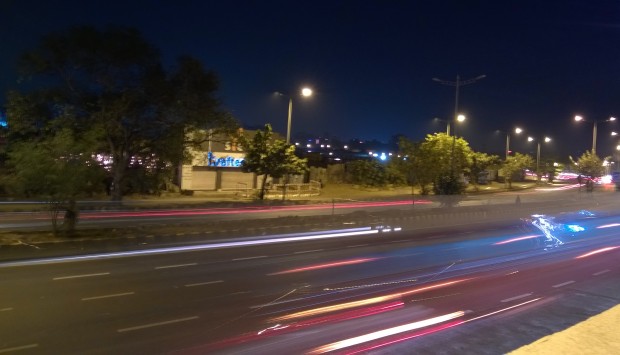 In daylight, the images contain plenty of detail. The colours are accurate, and the visual noise in well under control. The Lumia Camera app (earlier known as Nokia Camera) lets you tinker with parameters such as shutter speed, exposure, focus, ISO with ease. With a newer processor in tow, the camera is snappier than the one on the previous gen Lumia devices such as the 925. Apart from producing quality photos, the Lumia 830 makes watching those images fun. The StoryTeller app displays Live Images that mimic the photographs from the Harry Potter movies. Here's how it looks like:

The OIS also plays its part in video recording. The Full HD videos are smooth and there's hardly any jitter while panning. With 3 mic HAAC (High Amplitude Audio Capture) setup, the videos feature rich stereo sound. To put things in perspective, even the top of the line, iPhone 6 is still stuck with mono audio.

Calling And Messaging
Similar to the latest iPhones, the Lumia 830 features a nano-SIM slot. The phone's network and WI-Fi reception has been excellent during the tests. More importantly, the device is fully compliant with (ICNIRP International Commission on Non-Ionizing Radiation Protection) standards. ICNIRP's SAR guidelines are much stringent than that of India. For instance, the max SAR value for ICNRP is 0.46 W/Kg in 10 gram tissue mass, while for India, it is 0.84 W.Kg in 1 gram tissue mass.

The 830 features ‘Word Flow Keyboard’, which is a copy of SWYPE for Android. However, it's a lot more responsive than any Android keyboard.

Battery
The 2200 mAh battery lasts for a day and half with normal usage. In our video playback test, with brightness set to medium, it ran out of battery after 9 hours. The phone supports Qi- inductive charging standard. Wireless charging is more convenient, but slower than using the conventional charger. If you want to give it a try, the starting price for Nokia's charging plates is Rs 2900.

Verdict
The Lumia 830 is the most stylish handset in its class. Made of premium materials, this phone is build to last. For Rs 26,300, it offers a stunning camera and fluid smartphone experience. On the other hand, the 830 is not for the specs junkies. This phone won't impress you with the processor score or ppi number, but will win you over with its unique features and real life usefulness (if given a chance).