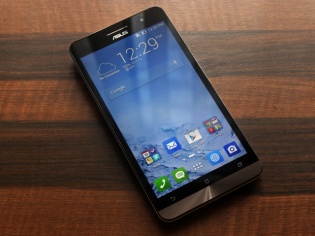 Unlike the Korean brands Samsung and LG, that fight each other in every price segment, Taiwanese compatriots HTC and Asus avoid direct competition. HTC mostly makes mid-range to premium devices, while Asus sticks to budget smartphones. Asus recently launched three handsets in its Intel-powered ZenFone series. Two of them turned out to be quite good. It's time to review the biggest among the lot, the ZenFone 6.

Build And Aesthetics
The ZenFone 6 looks like an overgrown ZenFone 5. We are quite fond of ZenFone's design language, but the ZenFone 6 is too big to be used as a phone. For starters, one-hand.use is out of question. It's also next to impossible to fit it in your Jeans' pocket.

The handset's build quality is very good. The plastic has a soft matte finish, which Asus labels as ceramic finish. Apart from the white one we received for the review, the ZenFone 6 comes in Charcoal Black, Cherry Red, and Champagne Gold. 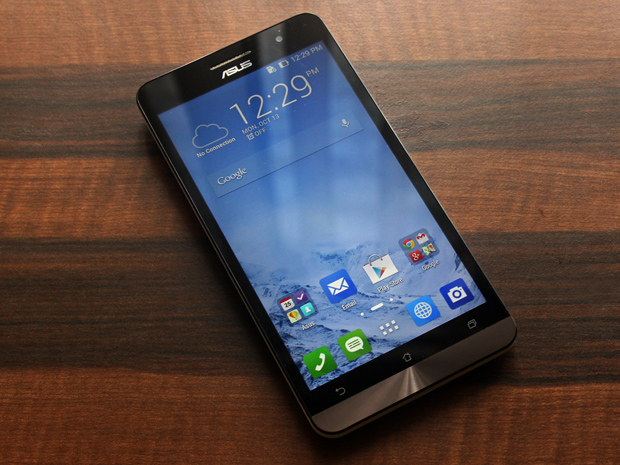 At 196 grams, it's one of the heaviest phones in the market. However, compared to the similarly sized Nokia Lumia 1520, it is 10 grams lighter. The ZenFone 6 comes with a removable back-panel. Opening it is quite a task though. It only gives access to the microSD and SIM card slots. To replace the battery, you'll have to visit the service centre.

The company has paid good attention to detail. For instance, even the small things such as the lens groove and speaker grilles are precisely done. On the other hand, the navigation keys lack backlighting, which makes operating the device in the dark quite tricky. 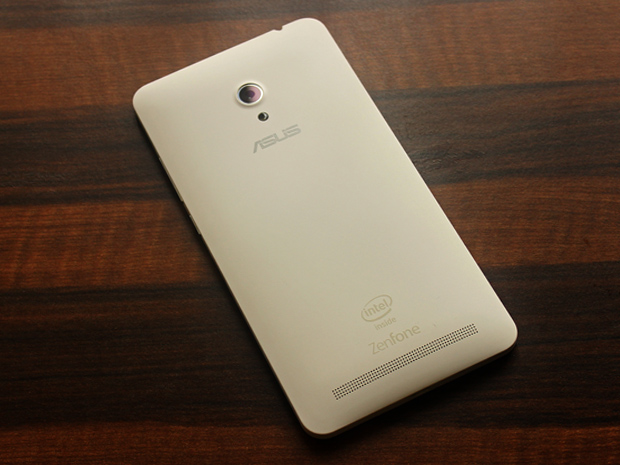 Screen
Similar to the ZenFone 5, the ZenFone 6 comes with an HD IPS screen. Its  colour reproduction and viewing angles are good. It's bright enough for most usage scenarios. However, the screen loses its legibility in broad daylight. The HD resolution looks a bit stretched on a 6-inch screen. For those who understand numbers, the ZenFone 6 offers pixel density of 245 ppi. The display sports a scratch-resistant Gorilla Glass 3. Plus, similar to Lumia handsets, you can interact with the phone gloves on.

key Specifications
The Asus ZenFone 6 is powered by Intel's Dual-Core Atom Z2560 chipset clocked at 1.6 GHz. On the camera front, you get a 13 megapixel camera with an LED flash. It packs in 2 GB RAM, 16 GB internal storage, microSD card slot, Bluetooth, Wi-Fi, A-GPS, and 2110 mAh battery. The phone comes with dual SIM support with 3G connectivity.

Software
The ZenFone 6 runs Android 4.3 (Jelly Bean). According to Asus, this handset is eligible for Kitkat update, but there's no word on its availability yet. Thankfully, the existing software is well optimised. It hardly shows any signs of stutter or lag. During daily usage, the phone feels snappier than most similarly priced Android devices.

The ZenUI looks much more sophisticated than stock Android. Asus has done a good job streamlining icons, settings panel, and even transition effects. The company has borrowed the interface elements from HTC's Sense customisation, which is not a nice thing to do, but it looks nice nonetheless. The combination of Intel's Hyper Threading Technology, PowerVR SGX544MP2 GPU, and 2 GB RAM, offer great gaming performance. We tested many casual as well as high-end ones, and the ZenFone 6 had no problem handling them. The synthetic benchmark scores are given below: 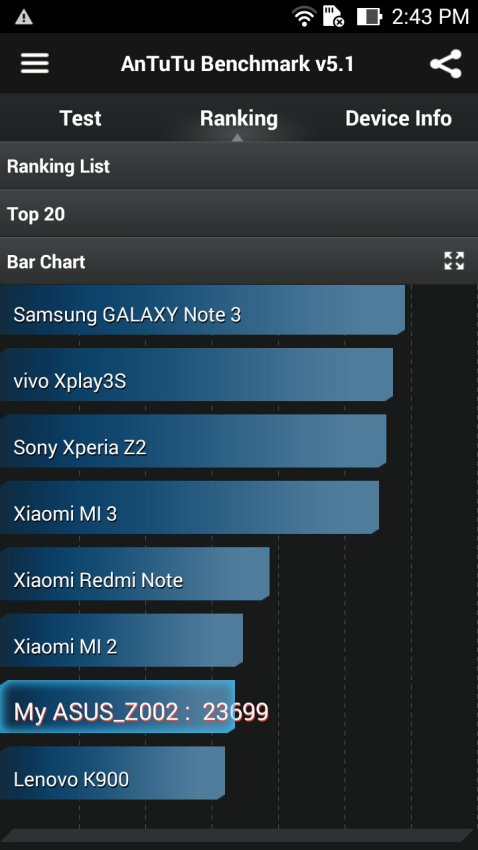 Multimedia
Unlike the Zenfone 5, the Zenfone 6 comes with earphones. The sound output is very good. Plus, you can tweak the sound, using equaliser settings. There's also an AudioWizard, which quickly lets you switch between Music Mode, Movie Mode, Gaming Mode, Speech Mode presets. Moving on to video playback, the handset handles popular formats up-to 1080p quality. Watching videos on a six-inch screen is fun.

Camera
The Zenfone 6 features a 13 megapixel camera with Asus' PixelMaster enhancement. It produces quality images in good lighting conditions. The colours look natural, and noise levels are quite low. With its software tweaks and five element lens assembly, Asus promises superior results during night photography. However, in reality, it's only slightly better than the similarly priced phones.

Telephony And Messaging
The dual-SIM handset support micro SIM cards. The phone's signal reception was quite good during the review period. The only problem here is that holding this 6-inch phone across your face makes you look stupid. The on-screen keyboard layout is almost similar to what we get in stock Android. The only change worth mentioning here is that it's a bit taller to accommodate numeric keys. And of course, you are unlikely to make spelling mistakes on a screen this large.

Battery Life
Asus' phablet packs in a massive 3300 mAh Li-Po battery. Under normal use, it lasts for two days. In our 720 video playback test, it lasted for 10 hours and 30 minutes. This is definitely, great for an Android handset.

Verdict
The ZenFone 6 offers a good screen and camera. It's multimedia performance as well as the UI are great. What's more, the phone's build quality is solid. So if you don't mind lugging around, go for the Zenfone 6. Those who know the fact that bigger is not better in terms of mobiles, should rather consider the Zenfone 5.