Sony's latest flagship is better than its predecessor, not competition. 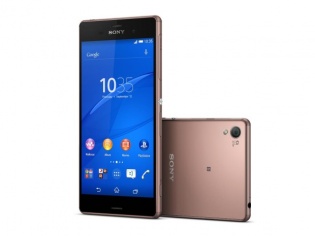 To keep up with the dynamic smartphone market, Sony has started refreshing its high-end line-up every six months. Indians got their hands-on the Xperia Z2 in May. Come September and Sony is ready with the next-gen flagship phone Xperia Z3. Unlike most International brands, the Japanese company wasted no time bringing in the handset to India. Let's find out if its significantly better than its predecessor. More importantly, does it stand a chance against other top-end Android devices.

Design And Build
Hard luck for those expecting to see a fresh design, as Sony has retained its omniBalance design for the Xperia Z3. Sony's design language is all about the symmetry and shiny glass surfaces. In the latest iteration, the Japanese brand has taken symmetry even more seriously. For instance, the mic and earpiece notches look the same. Had there been no branding on front, it would have been difficult to differentiate between the top and bottom the phone. 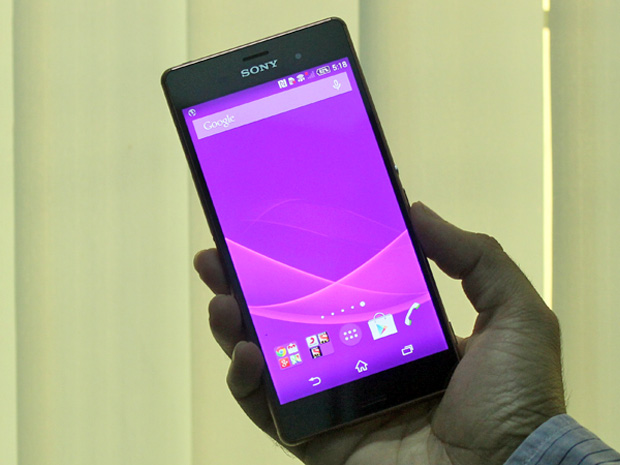 The Z3 is available Similar to its predecessor, the Z3 comes with am aluminium-frame to support the glass-panels. However, this time around, the frame is rounded, which is ergonomically a good decision. What still bothers us though is the glass back that makes this handset incredibly slippery. By the way, the phone's battery is not user-accessible. Along with usual improvements, Sony has also enhanced its flagship's element protection. In fact, the Z3 is one of the very few civilian phones to adhere feature IP68 rating. In Ingress Protection, the first digit refers to dust protection, while the second denotes its ability to withstand liquids. In the Z3's case, you get total protection against dust particles. Plus, the handset is not only resistant to water, but can survive the immersion beyond 1 metre. It's impressive how Sony has managed to keep the phone's thickness at around 7 mm despite the use of protective shells and whatnot.

The phone lacks capacitive navigation buttons, as that purpose is served by the on-screen keys. The Lock button is placed on the right side, where it's easily accessible with the thumb. Below that is a volume rocker and a dedicated shutter button. Also on this side is a plastic flap that guards a microSD and SIM card slot. Bang opposite is the micro SIM slot accompanied by a dock connector.

Screen
The Xperia Z2's screen was a big improvement over its predecessor. It was Sony's first handset to feature an IPS (In Pane Switching) display. The Z3 offers no significant upgrade over the Z2's screen though. You get the same 5.2-inch screen packing 1920x1080 pixels. No, it's not the number of pixels we are complaining about. Pixel density of 422 ppi is more than enough. What we didn't like here is the screen's colour shift at different angles. Moreover, the screen screen refresh-rate seems to be slightly lower than normal. It is noticeable while swiping through the homescreens and fast camera panning. The purple/red tinge we had reported in the Z2 is also present in the new phone. It is prominently visible on white and black backgrounds. Sony needs to figure out how to match the quality of IPS panels found in the LG G3 and iPhone 5s. Or simply use the OLED screens (as found on the PSVita).

Specifications
The Z3 is powered by the Qualcomm Snapdragon 801 SoC (System on Chip), which is clocked 2.5 GHz. Since Android-lovers have a special place for RAM in their heart, the Japanese brand has generously thrown-in 3 GB of it. Them there's 16 GB internal storage. Out of which 11.6 GB is user accessible. To please the shutterbugs, the Xperia Z3 packs in a 20.7 megapixel rear camera. For selfies, you have to settle for a 2.2 megapixel lens. The laundry list of features include Wi-Fi, 3G, A-GPS, FM Radio, and 3100 mAh battery.

Software
The handset runs Android 4.4 Kitkat with Sony's custom UI. If you belong to the gamer tribe, you would quickly realised that the Xperia interface has its roots in the PlayStation XMB dashboard. Taking cues from the PSVita, the Z3 offers rounded icons from default Sony apps. At the same time though, the Google app icons are mostly rectangular. Little wonder then, the app menu looks like a weird mix of different shapes and sizes. Such things are fine for a mid-range phones, but if I shell out more than half a lakh for a mobile phone, it better offer some UI consistency. The phone is very smooth to operate. You might experience a slight stutter during the menu navigation, but that's actually 'ghosting' (motion blur) caused by the low-refresh rate of the screen. Moving on to multitasking, the phone does an excellent job. It impresses us with the gaming performance too. The Z3 handles everything from the Smash Hit to Real racing 3. It renders 3D textures perfectly. The only problem here is that the phone heats-up while performing heavy tasks.

The Z3 offers PS4 integration. This allows you to play some console titles on mobiles. In this feature, the games can be played on the phone screen, but the rendering happens on the PS4. Neat, if you happen to own the Rs 40,000 console. For numbers freaks, here are the synthetic benchmark results: 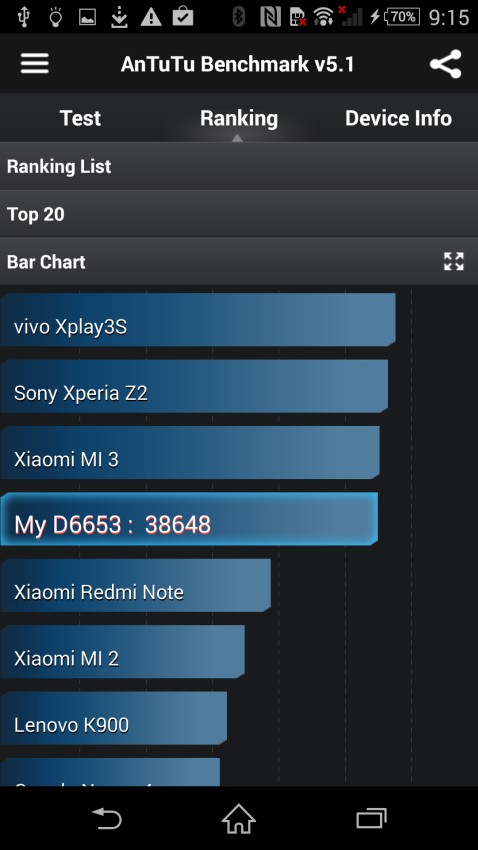 Multimedia
Sony's high-end phones are known for excellent sound and the Z3 is no exception. There are plenty of equaliser settings and sound modes to play around with. Depending on your taste, you can fine-tune audio using ClearAudio+ and xLOUD enhancement options. The video player doesn't support many formats out-of-the-box, but MXPlayer solves the problem. Camera
Sony's latest flagship packs in boasts of a 20.7 megapixel camera. It is backed by Exmor RS backside illuminated sensor. The Superior Auto mode is good if you don't want to trouble with the complex settings. On the flipside, it can only snap up to 8 megapixel shots. If you want to shoot in 20 megapixel mode, you have to switch to the Manual Mode. Here, you can control white balance and exposure. Hard luck, if you were expecting to work with focus, shutter speed etc. The phone comes with interesting capture modes. Our favourite here is the AR effect. Here, you can add fairies or even dinosaurs onto your camera viewfinder. The sensor captures impressive amount of detail in daylight shots. The images look sharp, but the colours turn out to be excessively vibrant. The Z3's low-light performance has improved a lot over its predecessor. However, the purple tinge still shows up in photographs. This could be the result of not-so-nice sensor calibration or the software that drives the camera. To understand this better, take any Lumia device, block its camera lens with a black paper or cloth. Click a picture, and you'll see nothing but dominant black on the screen. Now do the same thing with the Z3, and you'll see purple colour. If you're still confused, check out the screens below: 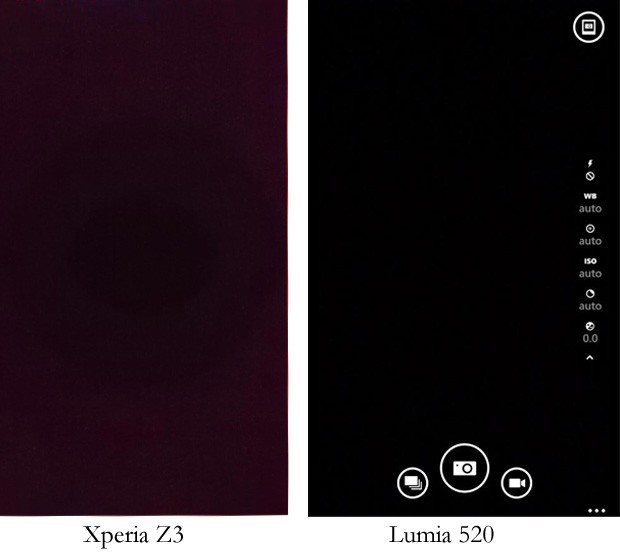 Apart from the purple tinge, you can also see that the camera produces slightly different shade in the middle of the image. This problem can be seen in the outdoor shots as well. The 4K recording feature captures quality videos. However, you have to enjoy while it lasts. After 3-4 minutes of 4K video recording, the phone heats-up abnormally, and automatically shuts down the camera. Well, I wonder why Sony included this half-baked feature in its flagship product.

Telephony And Messaging
Waterproof handsets usually sound muffled. But, Sony has managed to provide loud and clear voice quality though earpiece. There's also an answering machine feature. To make it work, you have to record a message that will be played back when you don't pick-up the call. For messaging junkies, Sony has built-in SWYPE support. The keys are well-spaced. However, the company could have squeezed in an extra-row for numbers. 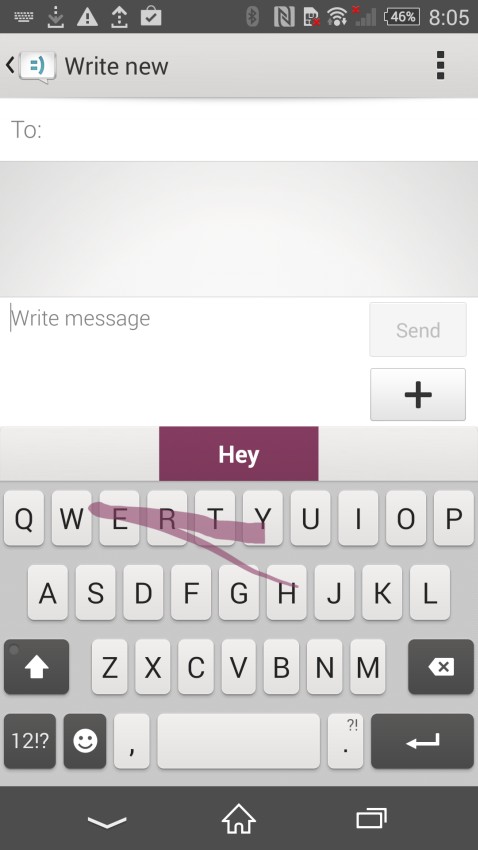 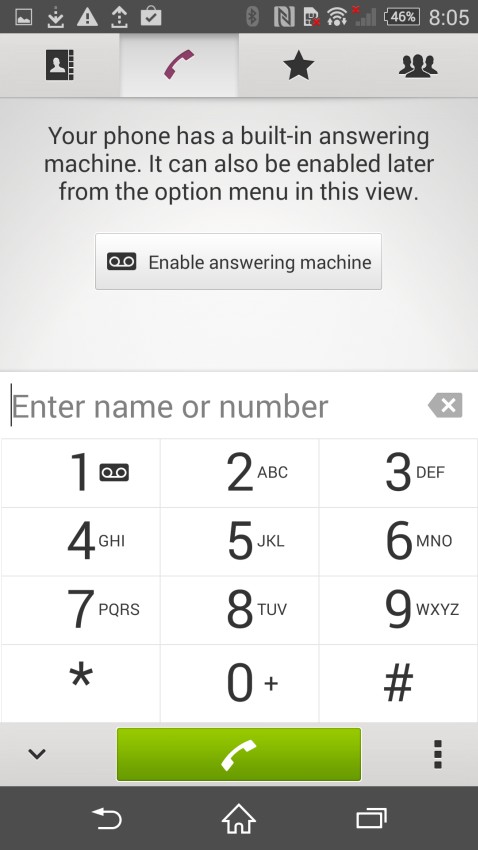 Battery
The 3100 mAh Li-Ion battery keep the device powered for two days. Now that's an achievement for an Android device.

Verdict
If you're in for the best-looking waterproof handset with a lot of power, go for the Xperia Z3. The phone also impresses with its battery life and sound quality. The camera quality has improved over its predecessor, but it still has its own share of issues. Considering its Rs 52,000 price tag, we believe that the display could have been better. All in all, if you're looking for a balanced flasghip Android, the LG G3 is a cheaper and better option.