The latest project improves on its predecessor in several ways, but is that enough? 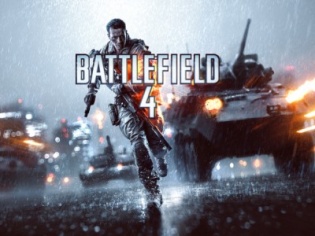 Any installment in the Battlefield series is always compared to its Call of Duty counterpart, and there’s a skirmish to go one better each time a sequel is released.  Battlefield 4 (BF4) is a small step forward from number 3. At its core, BF4 is a multiplayer game and that will remain its strong point. But there are more marked changes in its single-player gameplay than multiplayer. The latest project improves on its predecessor in several ways, but it plays and feels very similar. There are 10 maps in total, all designed to cater to different gameplay styles. Right from finding a 'quiet' spot and sniping enemies, to fighting in a jet-plane or in a naval combat, there is something for everyone. Destructive environments make a comeback, but it's 'Levolution' that steals the show. “Levolution” introduces events that drastically change the map when certain criteria are met. However, it becomes slightly predictable as you play more. A skyscraper can be levelled, or a tropical storm can roll in from the sea for instance. Initially, these are brilliant to watch, but with time, all this becomes increasingly disappointing. They lack any dynamism, and have mostly the same effect on matches, time and time again More focus has been given to storyline and characterization but sadly there isn’t much to show for that.  The campaign is better written and focuses more on the player’s experience. The makers have actually taken efforts to capture the experience of multiplayer gameplay in the single player mode. You can unlock weapons, get accrue points just like the multiplayer mode.  The Single Player mode is short (close to 6 hours) and serves as a warm up for the multiplayer game. The campaign takes place six years after the events of Battlefield 3, where Russia and China appear as the opposing factions. Taking up on the role of the mute Sergeant Recker, you lead your squad, Tombstone, through various situations. The plot is not very engaging but just enough to keep you continuing. The two new game modes – Obliteration and Defuse – do little to distinguish themselves. Defuse is a 5 vs 5, one-life-per-round mode. More designed to draw in the Counter-Strike crowd, it falls flat because it puts tense twitch-shooting ahead of smart tactics and specialized warfare. One other new feature, comes in the form of Commander Mode, where you take the role of a commanding officer and preside over battles from a strategic aerial viewpoint, making the warzones almost look like a board game. The multiplayer version has class based mechanics with more objective driven gameplay. The revamped Frostbite 3 engine allows for more enhanced destruction and interactive environments, but it takes a toll on the console version. A Spectator Mode has been added, if players simply want to watch the action. Players will again have the ability to rent servers to personalise the experience. The graphics are good but nothing great. While the PS4 and PC versions of Battlefield 4 look drop-dead gorgeous, things tend to get kind of rough around the edges on the current-gen PS3. Textures lack detail. Then there are the usual AI problems. Enemies will run right past your teammates, make a beeline for you, take cover right next to your squad mates and launch grenades any given minute.