I heard from a lot of people that they were as disappointed with Assassin’s Creed 3, just as I was. But there were couple of good things in that installment of the game that Ubisoft has incorporated in their latest offering, and improved it with a whole new experience in Assassin’s Creed 4: Black Flag.

The latest in the series lets you sail and explore the uncharted waters of the Caribbean in the late 17th and early 18th century, experiencing the Golden Age of Pirates.  After the brilliant naval missions in the last series, they have bettered the same and given us the Pirate life to explore, with ship to ship combat being the highlight. 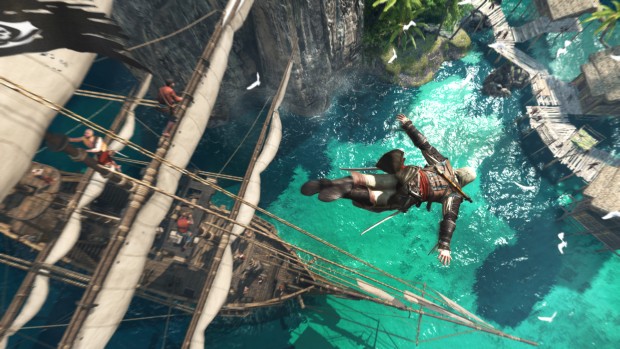 With a completely new realm of characters, revamped experience of free-running, stealth, and swordplay in the open world, to naval battles and increase in the size and scope of the world that players have to explore, Black Flag is a welcome addition to the highly popular franchise.

Assassin's Creed 4: Black Flag lets you slip into the boots of Edward Kenway, a Brit in his ship Jackdaw in the middle of the action immediately. While discovering new islands and looking for buried treasure and plundering ships, the charismatic Edward soon finds himself caught between the Assassins and The Templars, and is also tied to the present-day technology. The story of the game is quite predictable and actually the low point of the game. But then it makes up with great characterization which includes legendary pirates such as Anne Bonney, James Kidd, and Blackbeard. Edward Kenway (did I tell you he was Connor’s granddad) is also more likeable than the previous game's Connor. As I mentioned before, the highlight of the game is the ship-to-ship combat, and Ubisoft has built this nicely upon the naval combat system introduced in their last release. Once you get in the thick of things, you develop that certain thrill in discovering an enemy ship, plundering it or just sailing in the ocean with the crew singing few pirate songs. The bulk of the game retains the familiar blend of stealth, parkour, and combat. The enemies will still wait for you to kill them and at times are too stupid to realise that you are behind them or eavesdropping.  The sword fighting is also an improvement over the previous games. The visuals are not bad but nothing better than its predecessor. The AI and graphics could have been much better. The Caribbean has been beautifully captured with the water effects, storm sequences, or the underwater dives around sunken ships. A special mention for being bowled over by a massive tidal wave while manoeuvring away from a water spout. The experience in the sea is good altogether and the setting is gorgeous. Black Flag also offers some fun multiplayer modes quite similar to previous games. There are six different modes to choose from, spread out over eight unique maps. The four player Wolfpack mode is back, though not with much change. 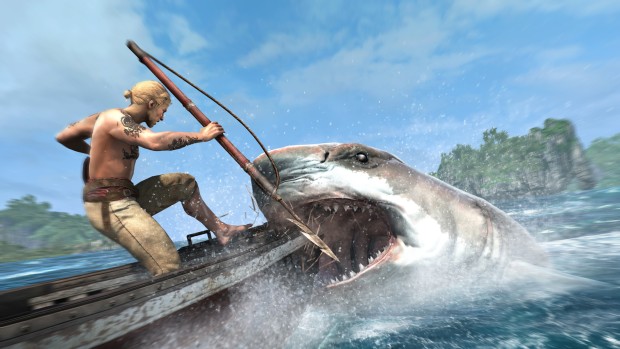 After over 40 hours of gameplay and unlimited number of Rum and sugar, Assassin’s Creed 4: Black Flag is a truly great nautical experience. It is fun to just sail with the shanties being sung around while discovering new islands and treasures. The game has surely given a new direction for the franchise to explore. With its engaging gameplay, better open world functionalities, and high production values, Black Flag is well worth its weight in barrels of rum and gold. Had the story been stronger, this would have been one legendary cruise.