A beautiful phone, but with a few shortcomings. 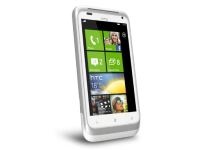 The Radar is the first Windows Phone 7.5 (Mango) phone to visit our labs. The USP here is its OS, which can make or break this phone. Let's find out.


Design And Build Quality
The phone's retail box contains earphones, and a charger with detachable USB cable. It does not ship with a memory card. Why? Because the device doesn't have a memory card slot! Out of the 8 GB of onboard storage, the user gets roughly 6.5 GB to pack in all his data.

The device measures 4.7" (l) x 2.4" (w) x 0.4" (d), and weighs 137 grammes. Its design is minimalistic and complements the software inside. The body is made of quality aluminium with a classy finish. The top and bottom ends on the back have rubberised plastic, which provides a superior grip over the device.


Display
The device sports a 3.8" Super LCD screen packed with 480x800 pixels. It's sharp and produces rich colours. Images and videos when viewed in this screen display more intense colours than on most other smartphones, such as the Nokia N8, 701, and Samsung Omnia W. The viewing angles are excellent, and the legibility in sunlight is good too.


UI And Applications
This is my first WP review and boy, am I impressed! Mango is the most beautiful and optimised OS I've ever come across on a mobile. Its homescreen sports Live Tiles that are refreshingly different from the old grid of icons found in every other OS. Doing justice to their name, these tiles display relevant information in real-time. Hence, a mere glance on the homescreen gives you an idea of all the activity going on with your phone and contacts.

Swiping the homescreen to the left reveals a list of applications and settings, all of which can be pinned to the homescreen for quick access. Features such as copy-paste and multitasking have been nicely implemented. The Facebook and Windows Live integration is deep and will please social network junkies.

Overall, the UI is stunningly beautiful, and the attention to detail is amazing. As the interface is completely different though, other OS users may take an hour or two to befriend it.

Coming to the apps, Microsoft's Office Suite is functional yet easy to use. Tight SkyDrive integration allows you to easily share documents across various platforms. The onboard browser, a mobile version of IE9, renders pages fast and effortlessly. The text reflow feature, which adjusts the text display according to the magnification level, works like a charm. However, fans of Flash will be disappointed by the lack of support for the platform. Finally, HTC has thrown in a few apps, out of which the Photo Enhancer deserves a special mention.

Xbox LIVE allows you to get in touch with your gamer friends while you are away from your Xbox 360. Moreover, it allows you to access many quality games for downloading. Although the list is not as populated as its rival platforms, it does have some interesting titles that cannot be found on the latter.

Maps and navigation are powered by Bing, which is similar to Android's and iOS' offerings. However, it requires a continuous internet connection to work. Another complaint is that enhanced features, such as a 3D map view, are available in the US but not in India. Lastly, the search results do not display as many local establishments on the map as compared to Google's and Nokia's offerings.

The Marketplace is crowded with apps, and the only gripe I have is the limited number of free apps. Unlike the App Store though, it lets you try every paid application before making a purchase.


Multimedia
The Zune player is slick, and can make the iPod's Cover Flow look ordinary. You can jump to the previous or next track by using a swipe gesture. The sound quality is superb, though the earphones are too big to be comfortable for anyone who is not a Vulcan. For some mysterious reason, it lacks equaliser settings. Moreover, the SRS enhancement option is located in the Settings menu, which is unbelievably dumb.

The device managed to play 720p WMV files. For some reason, it didn't pick up MP4 files with a similar pixel count. What's worse is the lack of mass storage mode, requiring you to forcibly install the Zune software in your PC for transferring media.

The camera can be activated by pressing a physical shutter key, which can also be used to autofocus on objects by partially pressing the button. The interface is clean and offers many options such as face detection, panoramic mode, and a burst mode. My favourite feature however, is its ability to automatically detect and read QR codes.

Photographs taken in daylight look natural and contain a good amount of detail. However, sharp edges are visible in indoor snaps. The camera is capable of 720p video recording, and the clips are saved in MP4 format. Fortunately, these clips can be viewed without any problems. Overall, the camera does a decent job.

Telephony And Messaging
The People tile is your phonebook, pulling your friends' updates from Facebook, Twitter, and Windows Live. On the downside, having all your email contacts in a phonebook makes it cluttered. Thankfully, there's an option to toggle the display of email as well as social network contacts. Moreover, clicking the first tile in the list of contacts brings up the alphabet, from where you can click on a letter's tile to jump to all the names under it.

A darkened tile indicates that there are no names under that letter.

The signal reception and call quality weren't a problem during the course of testing. Both the messaging and mailing apps support a threaded view, and the virtual keyboard is excellent.


Battery And Verdict
The 1520 mAh battery performs exceptionally well. Despite hours of music and video playback, I only had to use the charger on the second day. Sadly, the battery is non-user replaceable.

The Radar is a sleek and sturdy phone that feels great to hold. Moreover, the Mango update is refreshingly new, and Microsoft has done a marvelous job in terms of aesthetics and optimisation.

On the other hand, Bing Maps and the video player are not up to the mark, primarily due to a lack of offline navigation support in the former. You cannot share files over Bluetooth, and there's no memory card slot either. In my opinion though, the lack of a mass storage mode is the phone's biggest downer.

HTC's Radar is a worthy buy, but only if you are bored of the currently dominant mobile platforms and want to try something new.