A disappointing spin-off of the Bourne franchise. 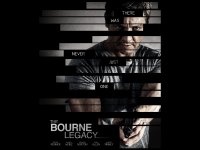 Before we start, there's something you need to know: there is no Matt Damon, no Paul Greengrass (the director who made two of the three Bourne films), and there are no nail-biting action sequences of the kind that one associates with Bourne movies. What is left then, you ask? Well, a plausibly good plot, two new characters, refreshing Filipino locales, and loads of medical mumbo-jumbo.

As the fourth iteration of an extremely successful franchise, how does Tony Gilroy's directorial debut fare, seeing as he was the screenplay writer of the Bourne series? Let's find out. Be warned though, there may be a few spoilers along the way. The Bourne Legacy begins much like its predecessors: with a lone body floating on the seas. You might be excused for thinking that this is the new Bourne, Aaron Cross (Renner), only to find out otherwise. In order to realise this, you need to sit through the first 20 confusing minutes of the film. Cross is a genetically re-modified super soldier who can swim in icy cold water, scale mountains with his bare hands, and fight off wolves in the Alaskan forest. Understandably, Renner is lost and completely out of his depth playing the tough spy-cum-killer, something Matt Damon did with practised ease. What sustains Cross through the tough times is a supply of microbiologically-designed pills: the blue one keeps his brain enhanced, while the green pill keeps his biceps from deflating. Everything is hunky-dory, until Cross suddenly realises his supply of pills is dwindling. While our clueless hero flits across barren landscapes to find answers, across the continent, the CIA is busy shutting down its spy programme by killing off super-soldiers with a yellow pill. Reason: Afraid of a possible exposé, they're trying to erase all traces, including Cross. Sounds familiar, doesn't it?

Our intrepid protagonist manages to escape though and attempt to locate the sole surviving doctor from the genetic engineering lab, Marta Shearing (Weisz). She's been made a target herself, and before you know it, the two are running off to a facility in the Philippines, where she stabilizes Cross's condition. Meanwhile, the National Research Assay Group, led by Eric Byer (Norton), uses all the technology and operatives at its disposal to track them down. The usual cat-and-mouse chase ensues, and few a close calls coupled with the deaths of a few more super-soldiers later, Cross and Shearing achieve their expected happy ending.


The Highs And The Lows As a sequel, The Bourne Legacy does not have many redeeming features, except for some slick action and stunning cinematography. The dialogues lack punch and the pace is excruciatingly slow, though the second half picks up a bit. The real issue though is the constant reference to Jason Bourne, who never appears on screen. The other problem is Cross. Those who loved the Bourne series for its traumatised, instinctual killing machine hero will find Cross a softy, much like the emotional bomb disposal expert Jeremy played in The Hurt Locker. However, it doesn't work for a movie with hardcore killing as its backbone. Moreover, while Damon's Bourne appeared to be instinctive and clever, Renner's Cross comes across as lukewarm in comparison.

The rest of the characters, especially that of super-villain Edward Norton, are unconvincing. The only exception is Weisz's performance as the dorky researcher — while being refreshing, it does little to revive a film that could have been a stunning thriller with genetic engineering in the backdrop. A brief action sequence (I won't spoil the fun by describing it) is perhaps the only time you may experience a "Bourne moment", but that effect is far from what is synonymous with the franchise. The bike chase in the climax is perhaps another "wake up" moment in the movie, which otherwise feels like a soggy sponge cake.


The Verdict
The Bourne Legacy fails to recreate the edgy excitement and paranoia of the previous instalments: it's frustrating in the beginning, confusing in the middle, and jerky towards the end. Jeremy's attempt at playing a super-spy is honest, but falls flat when compared to Matt Damon's performance. In effect, you can sit through it once at best.

Not really. The key word being "PLAUSIBLE", which means apparently, possibly, or debatably. Moreover, this statement is made right at the outset, BEFORE delving into the details. In other words, what the writer wants to say is that while the movie might SEEM to have a good plot considering its pedigree, the reality is quite different.
Submitted by Badri 'BADJAG' Narayan on Mon, 13/08/2012 - 16:41