This otherwise ordinary phone has one thing going for it - a 5,000mAh battery The Asus Zenfone Max has such a big fat battery inside it that it can actually charge other phones (yes, a couple of other phones have been there, done that). Asus even puts in a cable to do just that inside the box.

Not only does the device have a 5,000 mAh battery, the battery behaves very well. You can rely on it for two days and for long long chats with your besties. The battery can be seen, but not fiddled with or removed. The back of the phone peels off nice and easy but only to let you put in two SIMs or an SD card.

The Zenfone Max also has a lot of power saving software that kicks in on its own when needed.

The battery adds to the weight, obviously, but the back has a nice grippy texture so you don't actually feel that weight as much as you would have if it had been a slippery phone.

The Zenfone Max is not much of a looker -- if it hadn't been for that back. I played with the orange-backed one and it's a brilliant colour and guaranteed to grab attention. It also doesn't grab fingerprints because of the non-shiny texture.

The other thing this device has going for it is it's price. It's Rs 9,999 for the version with 2GB RAM and Rs.12,999 for the one with 3GB RAM. Funny difference though.

But the fact that the phone works on Android 6.0.1 is. It's kept up with developments more than others have.

The Asus Zenfone Max may sound familiar -- and it should. This is the upgrade to a previous version. And yes, it has many improvements. Performance is fine and there are no detectable lags initially, but not stellar and not what you'd want if you're an avid gamer.

By far the most frustrating thing about this phone is the amount of junk Asus kindly preloads for you on the device. Asus this, Asus that... It's strewn all over the phone and I don't see why. I don't know about you but I certainly like to get my own apps from the Play Store.

The 13MP camera isn't bad, as long as you don't push it into semi-dark places indoors. Otherwise, it handles itself well and takes pretty good macro shots too. I'd go so far as to say it's better than the average camera on a budget phone. The selfie camera has a 85̊ wide-viewing angle. 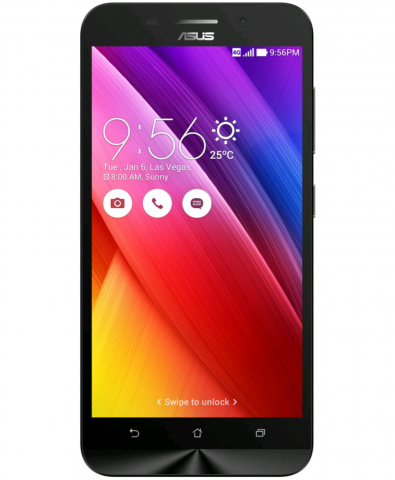 An ordinary phone, but what a battery and a half. This review unit had a brilliant orange back made in textured plastic

If you're looking for a good sturdy phone to talk on for hours and do some basic work on, you couldn't do much better than one like the Zenfone Max that has such a solid battery. Check out the Gionee Marathon as well though.

Lila Ray is a corporate consultant who likes her gadgets almost as much as she does her shoes. You can write to her at [email protected]