Home » Reviews » Asus Zenfone Max: A Battery With a Phone

Asus Zenfone Max: A Battery With a Phone | TechTree.com

Asus Zenfone Max: A Battery With a Phone

For a mere Rs 9,999 here's a phone that takes away your battery worries -- if you can take its weight 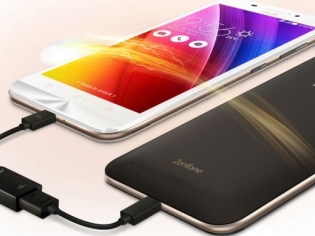 Now that it's fairly certain phone companies haven't come up with a miracle battery for cellphones, the next best thing is to figure out putting in as large a battery into a mobile as possible without increasing the overall dimensions and weight too much. That's exactly what several companies have started toying with. First the Chinese Gionee, with its Marathon M5, then Lenovo Vibe P1, and now the Asus Zenfone Max.

I wouldn't go so far as to call the Zenfone Max light, but considering it has a 5,000mAh battery inside, it really isn't that bad. You want battery life, you'll have to compromise somewhere.

It's a 5.5-inch phone, which is phablet territory, but it's not uncomfortable to hold and use because they've rounded off the edges very nicely. This is going to hurt a jeans-pocket though. And when dropping it into my purse, I found myself being careful not to let it shatter my shades.

If they maxed out on the battery, Asus minimized on the price. It costs a mere Rs 9,999. They did a lot of things to keep the cost down, but that's fine as most people out there do want a phone that won't let them down through the day.

In fact, you know, it's perfect to take out on a trip, somewhere. You won't have to be bothered with charging it and can be off doing your stuff the whole day.

In the beginning, I put it through very light usage -- a few calls, some YouTube, some browsing around. And the battery hadn't finished by the third day.

But a phone that's all about the battery should have had fast charging as well, which sadly, is does not.

The Zenfone Max is not much of a looker as no effort has been spent on that, but it certainly looks just fine. Plain, straightforward, clean. The white version is more interesting -- it's icing-sugar-white.

When I say this phone is all about the battery, I really do mean it. There's nothing much else that's exceptional. The camera is rather nice, actually, and it takes fairly good pictures indoors. Give it a little bit of light and the camera meets you halfway. Outdoors too, the camera results in images with good colors and even a bit of depth of field.

All other specs on the Asus Zenfone are mid-range. A 780x1280 display, a Snapdragon 410 processor, 2GB RAM, and 16GB storage. But it is dual-SIM and supports 4G, of course, as well as a memory card. It runs Android Lollipop, and though it's not a slow phone, it doesn't have very high benchmark scores -- not that those matter that much in real life except to gamers.

A severe annoyance is the number of apps Asus thinks it has to put on its phones. They're here too and create their own clutter and take away your options because they eat up space. Besides, it's like using a used towel. I'd have preferred to start afresh with my own app selection. 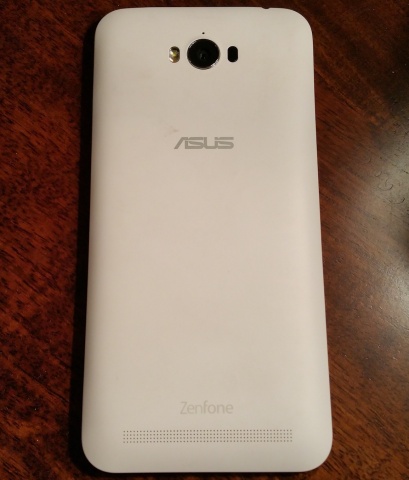 The 5.5" Zenfone Max houses a whopping 5Ah battery, and can even charge your other phones

If battery life has been your big grouse, the Zenfone Max is totally faultless in that department and is nicely priced. It's just not small and sweet or anything, and it can't be, if you want a lot of battery.