For a reasonable price, the Canvas Lapbook gives the immense experience of the genuine Windows 10. 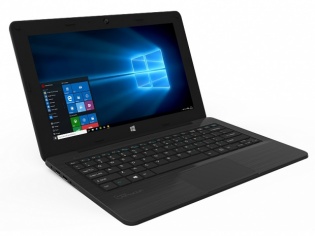 Indian smartphone company Micromax has finally entered the laptop segment with the launch of its debut clam shell laptop dubbed as the Canvas Lapbook.

The new laptop comes with a 11.6 inch HD IPS Display and runs on Intel Quad Core Z3735F Processor which is coupled with 2 GB DDR3 RAM.

The new laptbook also features a 32 GB inbuilt storage along with a 64 GB microSD card slot. Along with this, the device comes with a USB port which allows users to expand the storage via any portable Hard-disk.

Having said this, the USP of the device is that it comes with the latest Windows 10 OS and everything at just Rs 13,999. Also, the laptop comes with a 5,000 mAh battery which the company claims to last about 11 hours of medium usage.

Adding more, the laptop features 2 USB 2.0 ports, a HDMI port and a 3.5 mm Ear Jack and on the connectivity front, the device comes with a built-in WiFi and Bluetooth 4.0.

Also, the device weighs at around 1.3 kilograms which increases the portability of the new Lapbook.

However, it is worth noting that the new Canvas Lapbook is a complete laptop and not a 2 in 1 device like the previously launched Canvas LapTab.

While Micromax has played a key role in revolutionizing the mobile phone industry by introducing pocket friendly smartphones, it looks like, with the launch of this new laptop, the company is all set to mark a new milestone.